Coming from Hwy. 41, the Gourmet Vegetable Farm, run by partners Connie Elder and Tom Mora, at 3157 Templeton Road, is on the left around a steep bend at the bottom of a hill. The speed limit is 15 miles per hour, so if you slow down, you’ll find the sign at the entrance. 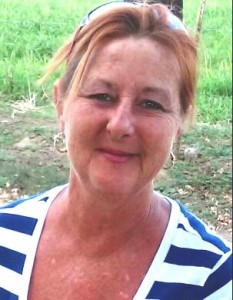 Driving down the farm’s dirt road leading to Connie’s vegetable stand, I passed emerald green acres of sorghum. A chubby little black calf galloped over to stare at me through the fence while enormous steers chomped happily away in the background.

Connie first learned the basics of farming from an Indiana farmer thirty years ago. Life got in the way of her passion for growing things for a decade or two until she was hurt in her job and had to retire early. Fifty years old but looking more like forty, she says that she loves what she does and that gardening has given her back both her figure and her health since starting four years ago with just a hay wagon.

Currently, she grows 30 different kinds of vegetables – Egyptian onions, carrots, cucumbers, melons, tomatoes, and peppers – to name a few. A few local chefs have discovered the farm’s gourmet fresh vegetables. This year, there are two acres planted and Connie’s looking at a winter greenhouse garden as well as expanding into another 4 acres next year.

Although her crops cannot be stamped Organic, she and Tom, use no fungicides or herbicides. Everything is fertilized with pure nitrogen, phosphorous or potash. Connie is adamant that the acres used for her vegetables have never been grazed by cattle, pigs or horses. Tom grows barley hay due to its drought tolerance and sorghum in pastures for his cattle. 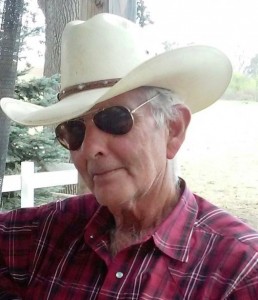 The hundred acre farm along with thousands of acres in the Santa Rosa Creek area have been in the Mora family for generations. Tom’s ancestors originally came to help build the San Miguel Mission, gaining their land through a Mexican Land Grant over two centuries ago when Mexico held California.

The Mora family has been involved with cattle ranching since that time and Tom says he’ll never sell the land, “My son and grandson will carry it on.”

Due to the drought and lack of water on his grazing land, Tom moves his cattle to the farm on Templeton Road before sale because, “the water here is abundant and high quality.” He says that even though, “The price of beef is at an all-time high; it’s a double edged sword because the cost of feed is also high.” He notes, “There have been three life-changing droughts in California history. The first one goes back to the time of the Civil War. I’ve got a handle on this one.”

One of Mora’s main concerns is water. He’s on the water board and keeps a close eye on what’s happening with the vast Paso Robles water basin. At a time when some people on the outskirts of Paso Robles are having to truck in water because their wells have dried up, his Templeton Road farm is located in the water-plentiful Atascadero sub-basin. He explains that they have standing water at twenty feet because the publicly owned, Atascadero Mutual Water Company reservoir down the road is recharged by water from Lake Nacimiento every other day in the summer and replenished by the Salinas River in winter. That water percolates down into an aquifer that supplies his farm and several others in the area.

Connie is looking forward to increasing her inventory of seedlings for sale, over and above those she’ll plant this coming spring. Although, in the winter months she misses the planting, picking and gardening, she’ll take the down time to speak with chefs in the county to find out what they’d like her to grow for their kitchens.

If the drought continues, Tom says he’s considering putting more acres into vegetables. He has reservations about some of the deep wells now being dug by property owners situated north of him over the Paso Robles basin. He says the deeper the well, the more salt comes to the surface, which in turn, makes for smaller crop yields.

Tom Mora’s been around for a long, long time. He’s probably forgotten more about ranching and farming in SLO County then most folks have learned.

Susannah Surgeoner has been a Realtor who loves people for thirty years. Please feel free to write with comments or questions to: writersusannah@gmail.com or call (805) 270-9067. Search properties on Susannah’s website: homesandlandsanluisobispo.com