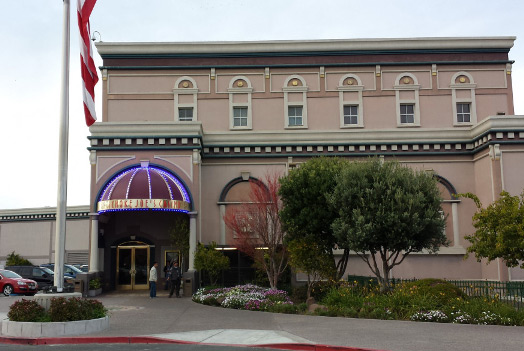 One of the most historic entertainment venues in California has found itself on the sharp end of a $5.3 million fine for violation of federal anti-money laundering laws. San Bruno-based Artichoke Joe’s has been in operation for more than 100 years and has agreed to the penalty, plus costs, which is in addition to a $5 million federal settlement agreed on a related matter.

Gaming joints don’t come much more traditional than Artichoke Joe’s. Located a stone’s throw from San Francisco International Airport, the card room started life as a pool hall, opened in 1916 by Giuseppe “Joe” Sammut, a local businessman who had made his fortune in the artichoke business. In subsequent years, the focus shifted to card games, and Artichoke Joe’s became better known as a casino.

It’s worth keeping in mind, however, that this is nothing like the facilities in Las Vegas or Atlantic City. Cardrooms in California don’t have slot machine games, which are reserved for tribal operators. Instead, Artichoke Joe’s has built a reputation as one of the most popular places to play traditional card games like poker, blackjack and baccarat. It also has a bistro with both Asian and traditional American menus.

The business passed to Giuseppe’s son, Joseph Sammut, in the 1940s and then to the third generation, Dennis Sammut. He passed away last year, but ownership remains within the Sammut family to this day.

It should be stressed that the casino itself has not been accused of money laundering activities, but of failing to report suspicious activities, despite a history of previous violations and of clients using the gaming facility as a base from which to engage in shady business dealings.

In 2011, regulators alleged that Artichoke Joe’s was a center of loan sharking and drug dealing and that illicit activities had not been properly reported. On that occasion, matters were resolved with the payment of a $5 million settlement agreement relating to the loans, which were allegedly made by two casino customers with “direct assistance” from employees at the club. As part of the 2018 settlement agreement, the other claims were not pursued.

The new violations involved “misleading regulators” by, in essence, neglecting to adequately fix the failings that had led to the previous problems. One example cited concerned an unnamed customer who made cash transactions of almost $2 million in just three months, but whom the casino had not monitored for money laundering. Regulators also said it failed to properly report an investigation that had been performed by the Financial Crimes Enforcement Network.

Vincent DeFriese is president of Artichoke Joe’s and he issued a statement on behalf of the casino, saying that it has taken the regulator’s findings fully on board and has overhauled its business to ensure full compliance with all federal and state laws and regulations going forward. He said: “Artichoke Joe’s has worked hard for the last few years to put in place Bank Secrecy Act controls that meet rigorous and very complex federal standards, and this settlement was an acknowledgment that our efforts have been successful.”

$5.3 million represents by far the largest agreed-upon penalty that has ever been seen in a regulatory case against a California gambling business. It eclipses the previous record of $3.1 million that was paid out in 2019 by Hawaiian Gardens Casino, a significantly larger establishment with 225 gambling tables, compared to the 51 at Artichoke Joe’s. On that occasion, the allegations were very similar to those leveled at Artichoke Joe’s and concerned with the absence of adequate processes and systems to mitigate the risk of money laundering and to ensure any suspicious activities are appropriately reported.

Artichoke Joe’s must pay the fine within the next 45 days, and has also agreed to cover the costs incurred by the Gambling Bureau in relation to its investigation. As well as the fines, the casino can expect to welcome plenty of further visits from state gaming agents, as it will spend the next three years under a strict compliance monitoring regime.

Looking to a brighter future

Despite the fines and the broader difficulties of the past 12 months with enforced periods of closure and so on, Artichoke Joe’s gives the impression of a business that is looking to the future with optimism. It has consistently been one of the most profitable casino businesses in California in recent years. The close monitoring might deter some of the less desirable clientele, but that can only be a good thing. As for the rest of the customers, there’s truth in the old saying that there’s no such thing as bad publicity. The fines and the visiting agents will simply be seen as another chapter in the casino’s colorful history.