The March election drew the largest number of voters in a TAAG election in more than a decade, notwithstanding steady rain during the polling hours.

At this Thursday’s regular 7 p.m. monthly meeting, the TAAG board will, among other agenda items, review the status of the previously-submitted application of CB Farms for a cannabis grow and associated operations on South El Pomar Road. The meeting will be held at its usual location: the Templeton Community Service District board room, located at 420 Crocker Street (to the right/east of the fire station on Fifth Street) in Templeton. The agenda and associated reports can be found on the TAAG website (www.taaginfo.org).

Due to Delegate Stone’s resignation, a vacancy exists on the TAAG board for the second alternate position. Persons interested in seeking appointment to that position should review the announcement on the home page of the TAAG website and follow the instructions there.

TAAG solicits community input on proposed development in Templeton, Adelaida, and El Pomar-Estrella sub areas and provides recommendations to county officials on land use plans and ordinances. TAAG uses established county standards, the Templeton Community Plan, and the Templeton Community Design Plan as guidelines for its recommendations. After a public review, TAAG reports its recommendations to County Planning staff, the County Planning Commission, or the Board of Supervisors. TAAG is not a policy-making body, and cannot approve or reject proposed projects. TAAG’s district is the same as that of the Templeton Unified School District — about 58 square miles. 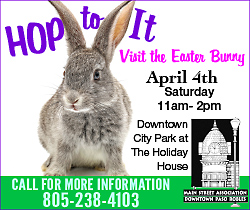