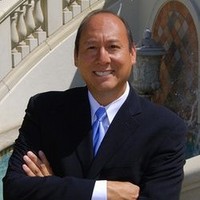 –A rare opportunity in North County for the public to hear renowned 2-time Pulitzer Prize winning editorial/political cartoonist Michael P. Ramirez is being hosted by the Paso Robles Republican Women Federated on Monday, Febr. 19, 2018. In addition to his lively presentation in the Paso Robles Inn Ballroom, Ramirez will be signing his books and have a few limited prints for sale. The event is $24 for non-CFRW members and associates and includes a buffet lunch. Pre-paid reservations no later than Monday, Feb. 12 are limited and a must. Email contact information, including name and phone number, to info@prrwf.org, and a PRRWF member will call you back with further details.

A portion of Ramirez’s presentation will include the evolution from an idea to a cartoon.

Michael Ramirez is a two-time winner of the prestigious Pulitzer Prize in 1994 and 2008 and a three-time Sigma Delta Chi, Society of Professional Journalism Award winner. He is a Senior Editor and the editorial cartoonist for Investor’s Business Daily. Ramirez is a Lincoln Fellow, an honorary member of Pi Sigma Alpha National Political Science Honor Society, and has won almost every journalism award in addition to the prestigious UCI Medal from the University of California, Irvine and the 2005 National Journalism Award, the 2008 Fischetti Award and The H. L. Mencken Award.

A regular contributor to USA Today and The Weekly Standard Magazine and formerly a regular guest on The News Hour with Jim Lehrer on PBS Television, Michael Ramirez’s work is seen world-wide with a distribution of over four hundred newspapers and magazines through Creators Syndicate. He has been on CNN, CNN International, Fox News Sunday, BBC Television, BBC Radio, NPR, the Michael Reagan show and is a highly acclaimed international speaker. The former editorial cartoonist for the Los Angeles Times, his cartoons have been featured on CNN, Fox News, The Bill O’Reilly Show, and The Rush Limbaugh Show. His work can be seen in such publications as The New York Times, The Washington Post, The New York Post, Time Magazine, National Review and US News and World Report.