Paso Robles News|Saturday, January 28, 2023
You are here: Home » Community » Q & A with Steve Key from Songwriters at Play

Q & A with Steve Key from Songwriters at Play 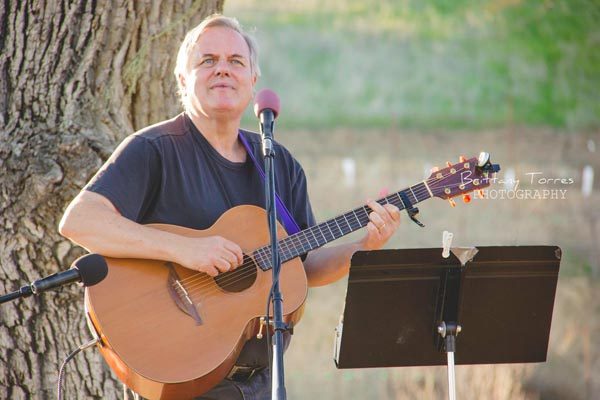 Songwriters at Play is brought to us by Steve Key. I had first heard of it a few years back and have attended a couple of the live music events at Sculpterra Winery. We are truly lucky to have so much amazing, local talent. Steve and I recently met at another local winery and I was interested in learning more about him as well as Songwriters at Play. So, let’s hear directly from him. Hope you enjoy.

Q&A with Steve Key of Songwriters at Play

How long have you been on the central coast?
10 years. My family has been in this area for more than 30 years, ever since my kid sister got a full-ride scholarship to play softball for Cal Poly, and my parents followed a couple years after that. My family is originally from New York, moved to California in the mid-60s. I was raised in Milpitas, went to college at San Jose State, then moved around a bit, following the music back to New York and Nashville. My mom still lives in Pismo Beach, so that’s how I ended up back this way.

How long have you been a singer/ musician?
I played clarinet in fifth grade, then bass clarinet in junior high, switching to alto sax in the high school marching band. Around age 12, I borrowed my father’s guitar, took it Boy Scout Camp High Sierra and found other kids who could play songs by the Beatles, Creedence, 70s singer-songwriters. I first got paid to play music 39 years ago at The Wine Cellar in Los Gatos.

What instruments do you play?
I’m an acoustic guitarist, haven’t picked up the saxophone since high school. Someday I’d like to learn the bass so I can back up some of my favorite players, made throw in a little ukulele too. My primary guitar is a Lowden S-10, designed by Irish luthier George Lowden and built in Japan in the 80s (I bought mine in 1989, at a shop in Cambridge MA). Recently I got an Epiphone acoustic-electric, have played it on several of the showcases, but I still consider the Lowden to be my first choice for concerts.

What kind of music do you play?
I’m a folk singer-songwriter. On the East Coast, I was inspired by the performers I met through the Fast Folk Music Magazine, players like Shawn Colvin, Christine Lavin, Jack Hardy and others who were playing the folk circuit from Maine to Florida. You can find more of that story at http://stevekey.com/bio.html

When did you start Songwriters at Play?
I officially established the brand in 2010, but I’ve hosted similar events for many years. We called them writers nights in Nashville. Most Songwriters at Play events are showcases, which is a hybrid of open mics and concerts. It’s like an open mic in that there are a variety of performers doing short sets. Then we have a featured act doing a full 45-minute set, which is the concert portion. We also have some ticketed events that are much more like concerts. We feature local musicians and touring acts too.

Why did you start it (what is the purpose of it)?
I wanted to treat it as my full-time occupation, not just something I did on the side. I don’t have a day job, and it’s also rare that I play solo gigs. Back in the day, I was a bar musician doing four sets a night, then evolved into a concert performer on the folk circuit. With Songwriters at Play, I am paid by the venues to produce shows for them, and I bring in musicians who can also make a little money in tips and CDs sales. They also enjoy networking with their fellow musicians, and building up their own following. I do my best to encourage a listening environment for the performers, and most audiences get that. I ask the venues to turn off the TVs. I record the live shows and air highlights on The Krush, which is an added benefit to the performers, many of whom don’t hear their songs on commercial radio.

What’s the best way for people to support local music?
Listen. Contribute to the tip bucket, buy a CD. Share their enthusiasm for their favorite musicians with posts on social media. Tell their newspapers and radio stations about these artists who deserve attention.

Where are some of your favorite venues in SLO County?
I think Steynberg Gallery does a nice job presenting music. D’Anbino can also be a good listening room, although their focus is on booking cover bands for the dancing crowd. I enjoyed a show by local trio Burning, Bad & Cool at Puffer’s wine bar in Pismo Beach – very small room, but the owner is a big music fan. Shawn Copen, the owner of the Pour House in Paso, is also a good music guy, even if he tells you beer comes first in his life. I enjoy seeing shows at wineries, because they’re beautiful places and winery audiences tend to be very respectful of the performers. A lot of the touring folk acts I like still play Linnaea’s Cafe, since it’s been a music venue for more than 25 years, so you might find me there, sipping tea and enjoying a vegan dessert.

Is there anything I missed in the questions above that you would like to mention or discuss?
My wife Bonnie is an important part of Songwriters at Play. She sends out press releases, but most importantly she’s a big music fan who lets the performers know how much she loves what they do. I wouldn’t have a radio show without Cliff Stepp, who edits the raw recordings I send to him, and voices the scripts I write. It’s amazing we have a station like the Krush, which plays a lot of local music. They give Songwriters at Play two hours every week to present our music, which airs locally but also all over the world with the free stream on their website. I am grateful to the venues who support my work, particularly Sculpterra Winery, where I’ve presented Sunday afternoon showcases year-round, rain or shine, for almost six years (they even gave me a business card with the title “Music Curator”). We’re also at Morro Bay Wine Seller every Monday night, twice a monthly at The Porch in Santa Margarita, and monthly on third Tuesdays at Bang the Drum Brewery in SLO.

About the author: Matt Browne

Matt Browne is a social media consultant, writer, and owner of the popular blog sites at www.ThreeAdventure.com