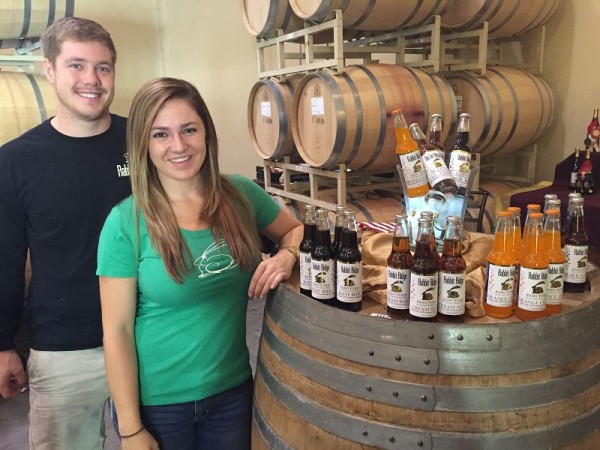 Paso Pure run by Rabbit Ridge kids all grown up

“There are so many reasons almost everyone who tastes Paso Pure is buying it,” Fleming said. “There’s a consciousness for real ingredients that get away from high-fructose corn syrup and aspartame; It’s just a great flavor without anything fake, and that’s important. Also, soda always tastes better from a bottle.” 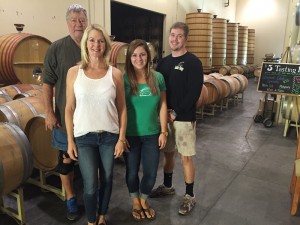 From left are Rabbit Ridge owners Erich and Joanne Russell with their daughter, Sarah Fleming and Brice Garrett. Photo by Paula McCambridge

Winery owners Erich and Joanne Russell recently developed the sodas in answer to a lingering question — what could they do for designated drivers and children who accompany wine-drinkers to the tasting room? The answer came in the form of soda, but mere soda wasn’t enough for the Russells who demand excellence from their products. The gourmet Paso Pure drinks have only real ingredients. The four flavors — rootbeer, black cherry, orange cream and cream soda — contain, depending on the flavor, artesian water, cane sugar, vanilla, oranges, ginger and more — all recognizable food names.

“It brings back memories of home, family and childhood,” Joanne Russell said. “It’s really a matter of quality over profits. It’s a business, so we want to make money, but quality comes first.”

Added Fleming with a smile, “And they all make great ice-cream floats.”

Erich Russell teased the young entrepreneurs — both in their early 20s — when he said, laughing, “Sarah and Brice’s biggest challenge is not to drink the profits.” 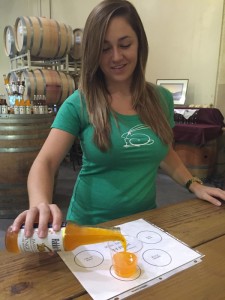 The sodas are currently available for tastings and are sold in the winery’s tasting room on San Marcos Road and its downtown room, The Rabbit Hole, but it is also being distributed to local mom-and-pop shops. It’s in Nature’s Touch Harvest and Nursery at 225 S. Main St. in Templeton and California Fresh Market at Pismo Coast Shopping Plaza, 555 5 Cities Dr. in Pismo Beach. It can also be ordered online from the Rabbit Ridge website at www.allurederobles.com/soda2.html.

“Just like craft beer, craft sodas are kicking the corporations in the butt,” Erich said. “Craft products come from small, family brewers where customers can talk to you and get to know you.”

Fleming is a numbers person while Garrett has a creative touch and takes care of all social media, so Fleming is taking on the role of sales manager while Garrett works as the marketing manager. The pair graduated this spring from University of the South, in Sewanee Tennessee; Fleming’s degree is in economics, and Garrett’s is in English.

For more information on Rabbit Ridge Winery, go to www.rabbitridgewinery.com.