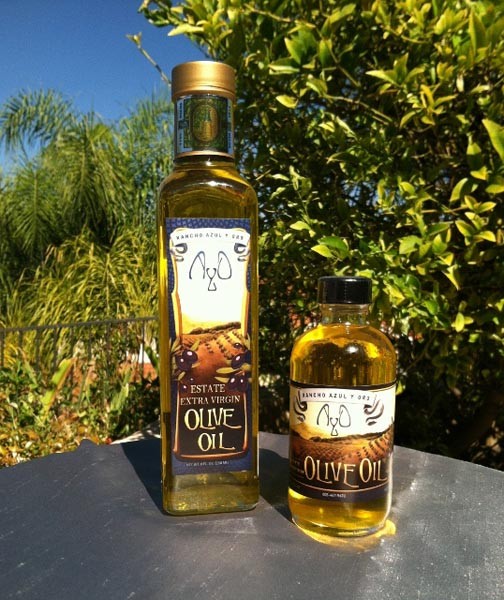 The extra virgin olive oil produced by the farm.

Rancho Azul y Oro is a small family farm in San Miguel. The olive trees were planted by family members in 2006 during a snowstorm in February and their first commercial production was in 2013. After an award-winning year in 2013, plans were made to plant 130 more trees, which were ordered in 2013 and planted in the spring of 2014.

The owners, Stuart de Haaff and Kathy Keeler, are involved with every aspect of the olive operation from caring for the trees during the year to harvest, sorting, accompanying the olives and oil to and from the mill, bottling, and labeling.