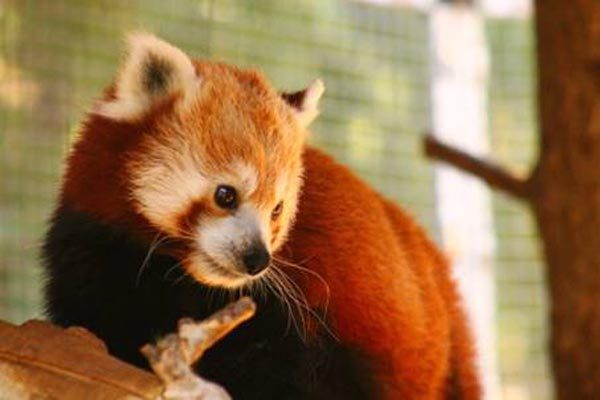 –The Charles Paddock Zoo and the City of Atascadero will present the official grand opening of the new Thelma Vetter Red Panda Experience on Saturday, March 2 beginning at 10 a.m. The first 100 people to the zoo on this day will receive half-priced admission. In addition, there will be raffles to win tickets to signature events like Brew at the Zoo and Ice Cream Zoofari.

“We’re very proud and pleased to open this beautiful new exhibit to the public,” Director Alan Baker said, “It’s a preview of the type of projects our Master Plan envisions for the future of the zoo, transforming our entire facility with state of the art, immersive exhibits that are representations of five different hotspot regions of the world. These exhibits will offer educational opportunities and showcase species that inhabit these specific hotspots.” This impressive new home for the zoo’s red panda population is made possible through a generous bequest made by the estate of long-time Atascadero resident, Thelma Vetter.

The master plan of the Charles Paddock Zoo is designed around the concept of Biodiversity Hotspots, which are the earth’s biologically richest and most endangered regions, home to plants and animals, which are irreplaceable and are threatened. The zoo plans to focus on five such Hotspots, each of which will feature various endangered species of animals that are native to that area.

The Indo-Burma Hotspot is a conservation priority area due to its highly threatened plant and animal life and limited remaining natural habitat. This beautiful, new Indo-Burma experience at the Charles Paddock Zoo features various species of mammals, reptiles, and birds from this region of the world, including the Red Panda, binturong, Chinese Muntjac, Asian Brown Tortoise, Asian Ratsnake, Nicobar Pigeon, Black-Naped Fruit Dove, Laughing Thrush, Red Vented Bulbul and Lady Amherst Pheasant. Other animals from this region are also on exhibit at the Zoo, including the Malayan Tiger and Prevost’s Squirrel.

The Charles Paddock Zoo is located at Atascadero Lake Park on Highway 41/Morro Road, one mile west of Highway 101. Over 200 animals call the Charles Paddock Zoo home, including red pandas, monkeys, meerkats, parrots, a Malayan Tiger, a variety of reptiles and more. The zoo is currently open daily from 10 a.m. to 4 p.m., and beginning April 1, the hours extend daily to 5 p.m. For more information about the zoo, go to www.charlespaddockzoo.org or call (805) 461-5080.