Paso Robles News|Tuesday, September 29, 2020
You are here: Home » Crime » Update: Case against man charged with murder of Nancy Woodrum to move to trial

Update: Case against man charged with murder of Nancy Woodrum to move to trial

–The case against the man charged with murdering Paso Robles resident Nancy Woodrum in 2018 will move forward to trial, according to a report by KBSY.

–Carlo Alberto Fuentes Flores, 42, the suspect charged in the murder of a Paso Robles woman Nancy Woodrum, has pleaded not guilty, according to reports.

He was arrested in December in connection with the disappearance and murder of Woodrum, 62, a local hairdresser who was last seen alive in May.

A pre-preliminary hearing is scheduled for Monday, January 7.

If convicted, the District Attorney’s Office says Fuentes Flores could face life in prison or the death penalty. 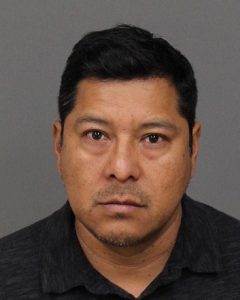 Fuentes Flores was arrested for murder, was booked and is presently in custody in the County Jail.

–On Wednesday, San Luis Obispo County Ian Sheriff Parkinson announced that an arrest has been made in the missing person case of Nancy Woodrum. The suspect has been identified as 42-year-old Carlo Alberto Fuentes Flores of Paso Robles.

Woodrum was reported missing seven months ago on May 5, when her family checked her residence in the 5800 block of El Pharo Drive in rural Paso Robles and she could not be located. The Sheriff’s Office Search and Rescue Team was brought in to help locate her. Crews on the ground and by air conducted an exhaustive search of the area where Woodrum was last seen but they were unable to locate her. 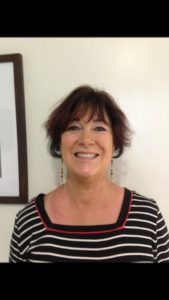 On Tuesday, Fuentes Flores was interviewed by Sheriff’s Office Detectives. As a result of the interview he then led investigators to her body.

That location was off Highway 58 in the rural eastern part of San Luis Obispo County.

The Sheriff’s Office has positively identified the remains as that of Nancy Woodrum.

Evidence appears to show the suspect operated alone and there is no risk at this time to public safety.

“The detectives, in this case, spent many hours tracking down leads, interviewing witnesses, and collecting evidence to try and determine what happened to Nancy Woodrum. This was a difficult case from the beginning, but I am extremely proud of the tenacious efforts put forth by the investigators in this case,” said Sheriff Parkinson. “I am also hopeful, this arrest brings some amount of closure to the family of Nancy Woodrum.”

The Sheriff’s Office would like to thank the California Department of Justice Forensic Lab for their work on this case.

Fuentes Flores was arrested for murder, was booked and is presently in custody in the SLO County Jail.