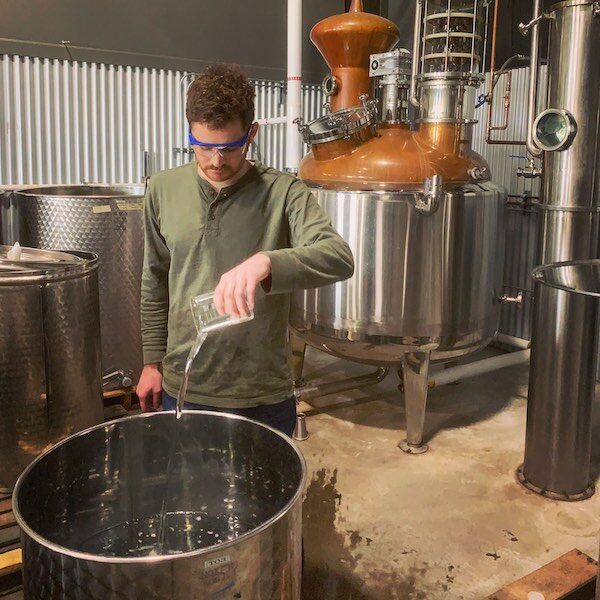 – One year ago, when distiller Aaron Bergh of Calwise Spirits in Paso Robles, California, donated the last of the hand sanitizer he had produced to address shortages during the early days of the COVID pandemic, he assumed that this unexpected detour in the life of his small business was behind him. Then, in June, he received an unexpected letter from the Food and Drug Administration (FDA) informing him that a sample of his sanitizer taken in December 2020 exceeded temporary limits of two impurities and demanding extensive records of his production and distribution.

Bergh isn’t the only one. Rebecca Harris, president of the American Craft Spirits Association, says that at least 11 distillers in nine states have received similar letters from the FDA. At primary issue is acetaldehyde, a chemical that occurs naturally in fruits and dairy products, as well as in beer, wine, and spirits. The FDA sets limits on its presence in hand sanitizer at 50 parts per million (ppm). The sample from Bergh’s distillery tested at 160 ppm and 167 ppm of acetaldehyde and acetal, respectively.

There are valid reasons to limit levels of acetaldehyde in hand sanitizer. The chemical is a potential irritant and is considered a known carcinogen. Yet, it’s also one that most of us consume on a regular basis due to its natural occurrence in many foods and drinks; it’s also produced in our bodies whenever we have an alcoholic beverage as part of the process of breaking down ethanol. If you’ve enjoyed a banana or a beer recently, you’ve consumed acetaldehyde. As with any potentially toxic substance, the risks vary with the level and route of exposure.