Update: Identity released of man who drowned at Lake Nacimiento

–The Coroner’s Unit of the San Luis Obispo County Sheriff’s Office is releasing the identification of a man whose body was recovered from Lake Nacimiento on Sept. 3. The man is identified as 46-year-old Richard Leon Zambrano of Santa Maria. It’s believed that Zambrano fell off the lake’s main launch ramp and drowned. The Sheriff’s Dive Team recovered the victim’s body about three hours later at the end of the dock of the launch ramp in 12 feet of water. Cause of death is pending the results of today’s autopsy. 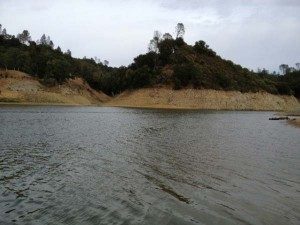 –A man’s body was recovered from Lake Nacimiento over Labor Day weekend.

San Luis Obispo County Sheriff’s investigators believe the man in his 40s fell off a boat launch ramp and drowned. Sheriff’s deputies and a dive team were called out to Lake Nacimiento Resort at 5 p.m. Saturday.

The man had been on the launch ramp holding his boat while his friend left to get a truck. When the friend returned, the sheriff’s office says the man could not be seen and the boat was drifting away. The man’s body was recovered less than two hours later in 12 feet of water off the end of the pier at the launch ramp.

His name has not been released, and his death was the third drowning at Lake Nacimiento this summer.