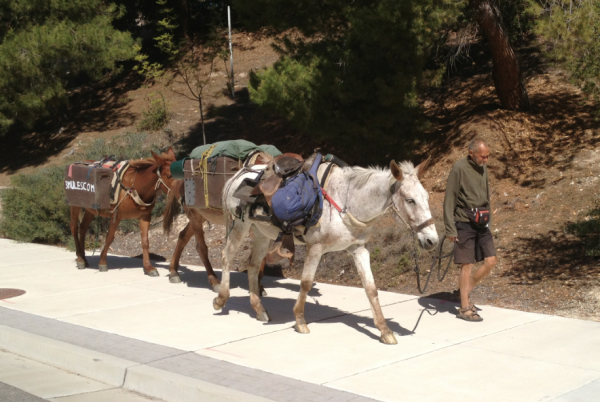 Court News Service Reports – As he traveled a historic trail with a pair of mules, John Sears says the California Highway Patrol violated his right to intrastate travel and his “ages-old nomadic way of life” when he was arrested in January last year. Sears filed suit in San Luis Obispo County Superior Court last week seeking, among other things, to compel CHP officers to be trained to know that mules have a right to public roads.

While his mules have pleased many passersby eager for unique selfies, they have also caused run-ins with law enforcement. That’s what happened near Paso Robles on Jan. 23, 2020, when several motorists along the historic Juan Bautista de Anza Trail called police, claiming the mules were a safety hazard.

Background of the Mule Man’s incident

Last year, the San Luis Obispo County District Attorney declined to file charges against the 73-year-old Sears for walking his mules along the G14 road near San Antonio and Nacimiento lakes in Paso Robles. Sears was initially booked into San Luis Obispo County Jail for “resisting arrest”, but the charge was later changed to “refusal to obey a lawful order.” Sears denies resisting arrest or disobeying any laws.

The district attorney declined to file a criminal complaint against Sears, “in the interest of justice,” said attorney Ilan Funke-Bilu. The Mule Man “was traveling across America as he has done for many years, bothering no one, minding his own business. America’s roads are designed for its citizens, its cars, its horses, its mules, its pedestrians, its travelers,” Funke-Bilu said. “Let’s share our roads and be mindful that some of us move a little slower on them. Mule teaches us that life is not a sprint, but a marathon.”

The incident all started when the CHP San Luis Obispo Communications Center began getting 911 calls of people reporting a man walking two mules eastbound in the middle of the westbound lane of Nacimiento Lake Road near Chimney Rock Road. CHP Dispatch received at least seven separate calls from motorists reporting the man and his mules were an extreme traffic hazard and nearly causing collisions. 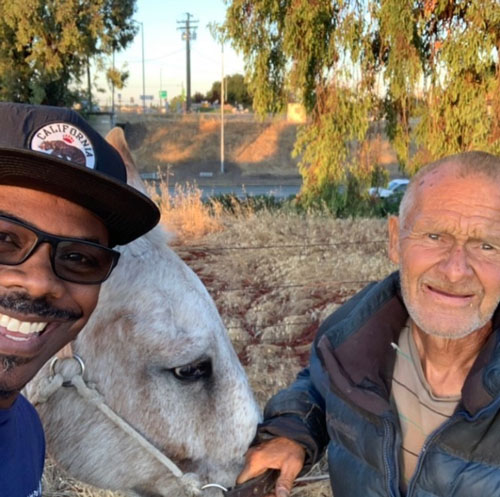