Paso Robles News|Thursday, December 1, 2022
You are here: Home » Business » Reports Suggest 5G could Create Millions of Jobs and Billions of Revenue for the State of California 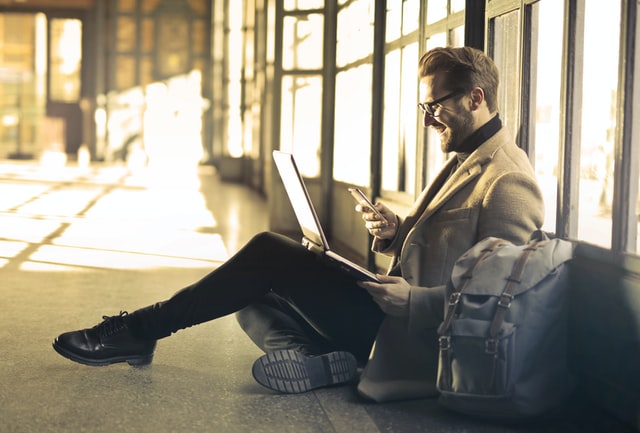 You would be hard pushed to track down anyone in California who has not heard about the promise of the installation of the fifth-generation mobile network – more commonly known, of course, by the name 5G. For many years now, the whispers have been gradually evolving into assurances, and those assurances have, in recent years, been transformed into reality in a few spaces around the world as the rollout gathered speed.

5G’s progress in California has been particularly strong – a fact which offers great promise to the state’s forty million residents. Most recently, toward the tail end of 2020, San Francisco residents were brought the world’s fastest 5G network, in a veritable turning point for the entire country’s mission to bring 5G to countless smartphone users.

Now, new reports suggest that the rollout of 5G could pave the way for more than four and a half million new jobs in California alone – an incredible prospect for a state that has long since held an indomitable position at the very forefront of the tech industry, and innovation.

Read more about the state’s new prospects, below.

The Emphasis Will Fall Consistently on Digital Spaces

The tech industry is, in reality, a catch-all term for a collection of many of the most lucrative industries in operation today. From consumer electronics to gaming and cloud services, the scope for creating new roles – and for those roles to create new areas in which entirely new niches are established – is, in a word, endless.

5G is, without a doubt, bound to bring yet more scope to the mobile gaming industry, for instance. What this leads to is space for creatives to get behind the development of leading providers like GGPoker, for instance, and for a new wave of developers to enter onto the scene to cater to a market that has traveled lightyears from its original starting point.

We Can’t Yet Imagine All the Changes to Come

The promise of 5G has been on our collective radar long enough that we are all, by now, aware of many of the potential changes in store for us when this technology approaches ubiquity. From the power to make autonomous cars a viable reality, to the new capabilities for remote and on-the-go work from which so many of us can, and will, benefit, there are plenty of upcoming moments we can all begin to anticipate.

Still, that is only half the story. Some of the most impactful, profound, and life-altering ways in which 5G can transform California – and, for that matter, the entire world – are yet to be uncovered. Much like many of the most impactful tech movements of the last twenty years or so, these moments will be difficult to predict until we stand directly before them, but we can rest assured in the knowledge that, of the millions of jobs waiting for us on the other side of 5G, many will be dedicated to uncover just how much potential this new technology holds for our future.

Until then, we ought to watch this space closely, and anticipate plenty more developments from the 5G rollout in the coming months and years.