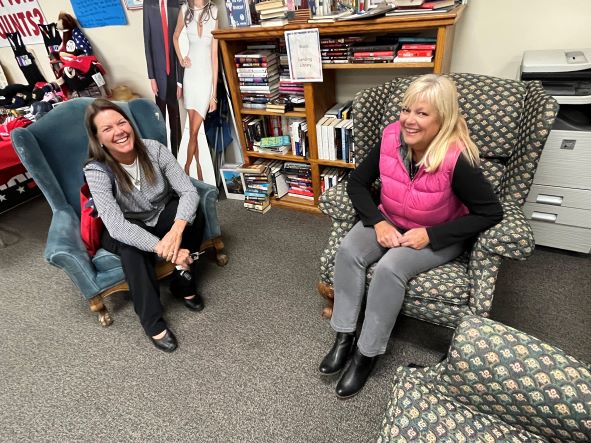 Darcia Stebbens with a Republican voter.

Rally held on the eve of Election Day

– Republican leaders, candidates, and about 50 voters gathered Monday night at the Republican Headquarters in Atascadero for a rally on the eve of Election Day.

Dr. Bruce Jones, who is running for San Luis Obispo County Supervisor, spoke to the group about his campaign. He talked about why he feels his election is critical for the future of the county. The former Chairman of the Templeton Area Advisory Group talked about long-term impacts for the county’s water policy and cannabis production if Bruce Gibson is reelected. 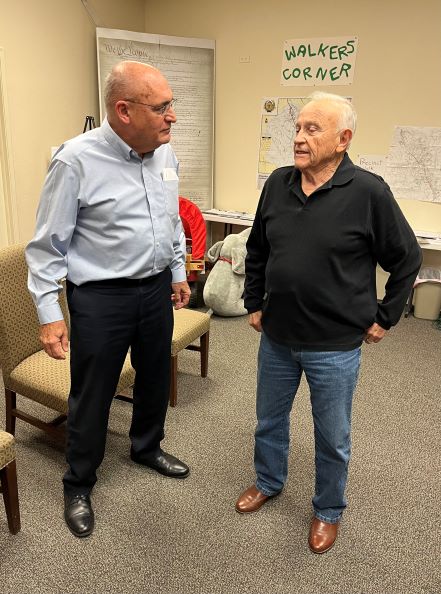 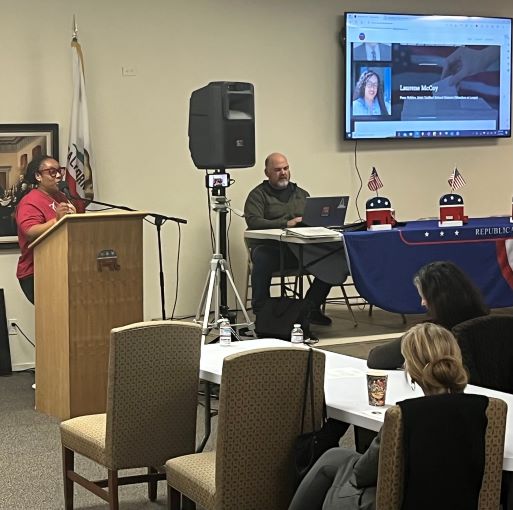 Republican Party Chairman Randall Jordan says he’s optimistic about this election. He says, “I think the state races will be close, but county-wide, the Republicans will do very well.” 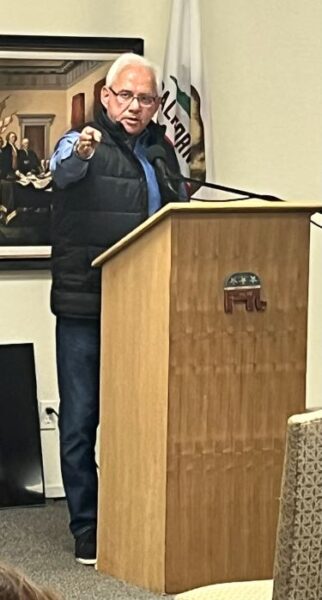