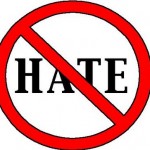 After leaving the California Mid-State Fair on July 20, Ernest Martin of Paso Robles became a victim of a hate crime because of the color of his skin, according to court documents filed by the San Luis Obispo County District Attorney’s office against Cristian Victor Sioldea, 25.

Martin was allegedly hit from behind by Sioldea, who then yelled racial slurs at Martin, an African-American. Martin suffered a concussion, while his wife, Sonja, was knocked down and sustained minor scraps and cuts, though she was not hit.

The DA’s office filed three counts against Sioldea. Count 1 is a felony batter change that was enhanced with a hate crime: special allegations of a violation of civil rights.

“The offense is a felony in that it was committed against the person and property of victim Ernest Gene Martin for the purpose of intimidating and interfering with the victim’s free exercise and enjoyment of a right secured by the laws and Constitution of California and the United States because of the victim’s status and perceived status as Race,” the case against Sioldea reads. “It is further alleged that the crime included the present ability to commit a violent injury and caused actual physical injury.”

Sioldea was released on July 29 when his $30,000 bail was posted. His preliminary hearing is scheduled for Aug. 28 in Dept. 6 in San Luis Obispo.