Residential structure fire believed to be act of arson 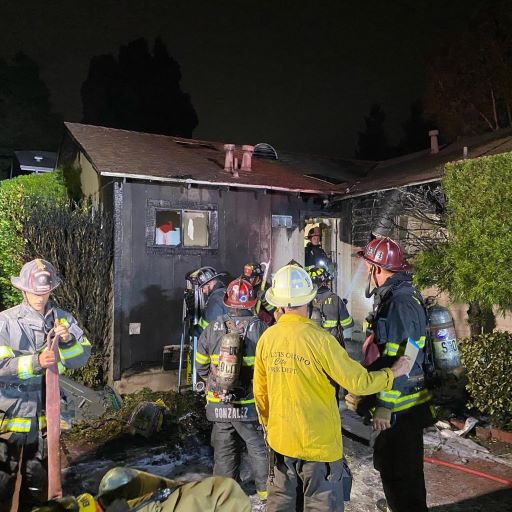 – On Tuesday, at approximately 11:05 p.m., the San Luis Obispo Police Department and San Luis Obispo City Fire Department responded to the 1300 block of Buchon Street for a residential structure fire. Upon arrival, safety personnel found the front portion of the house was fully engulfed in flames. It was later learned that the house was occupied by four adult individuals, all of which made it safely from the residence prior to police arrival.

After the fire was extinguished, a city fire department arson investigator responded to investigate the cause of the fire. As a result of the initial investigation, it was determined the fire was suspicious and appeared to be a deliberate act of arson. Based on this information, the San Luis Obispo Police Detective Bureau is conducting a follow-up investigation.

SLOPD is asking for residents that live in the Johnson/Buchon area who have exterior camera systems, to contact Detective Koznek at (805) 594-8005 as the individual responsible for the arson may have been captured on video.