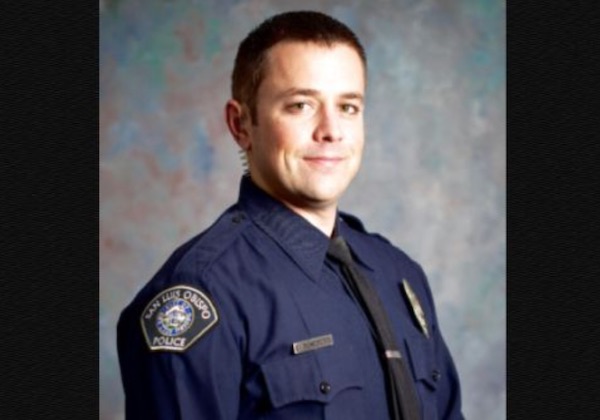 – This week, Assemblyman Jordan Cunningham (R-San Luis Obispo) announced that he has introduced a resolution to name a Highway 101 overpass after City of San Luis Obispo Detective Luca Benedetti, who was killed in the line of duty in 2021.

If passed by the Legislature, ACR 183 would name the Highway 101 overpass at Buena Vista Avenue the Detective Luca Benedetti Memorial Overpass. The resolution is co-authored by Senator John Laird (D-Santa Cruz).

“Luca was best described by those closest to him as genuine, hardworking, kind, talented, and intelligent. He made everyone he met feel special, and he loved being a dad,” said Cunningham. “We will always honor and remember his service to our community and the sacrifice he and his family have made.”

“Luca embodied all of the qualities of a great father, husband and police officer. He was loving, dedicated, hard-working, had a zest for life and a passion for cooking, gardening, and competitive shooting. He was a talented investigator, firearms instructor and SWAT operator,” said San Luis Obispo Police Chief Rick Scott. “He was the best of the best at the San Luis Obispo Police Department and his contributions to the Department and the City will be felt for years to come. Thank you to Assemblyman Cunningham and the legislative body for recognizing and honoring Luca’s legacy in such a lasting and honorable way.”

Benedetti was killed on May 10, 2021, while executing a search warrant in the City of San Luis Obispo. He was 37 years old, and is survived by his wife, Grace, and two daughters, Ellie and Giovi.