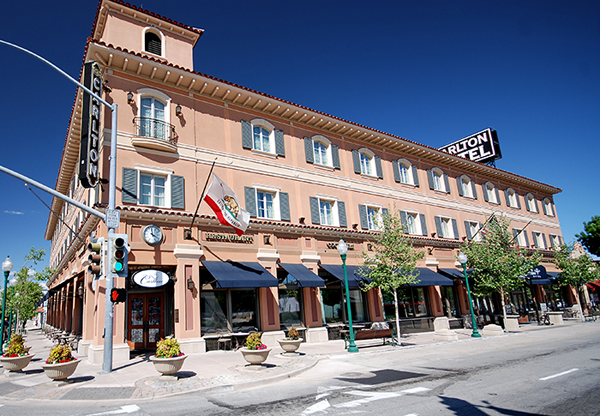 The Carlton Hotel. Photo from Atascadero Chamber of Commerce.

–The restaurant inside of the Hotel Carlton in Atascadero has re-opened with new management but a familiar name: The Carlton Restaurant and Grille.

The Carlton Restaurant and Grille opened March 2, offering both new and traditional American cuisine, including burgers, sandwiches, pasta, and steak, according to a report by the Tribune. The restaurant opened nearly one year after owner David Weyrich applied to the California Department of Alcoholic Beverage Control for a license to serve beer and wine.

The Carlton Restaurant and Grille previously operated out of the hotel until its closure in 2010, for failure to pay state taxes. The last restaurant to operate out of the space, Colby Jack Café and Bakery, operated from 2011 to 2013.