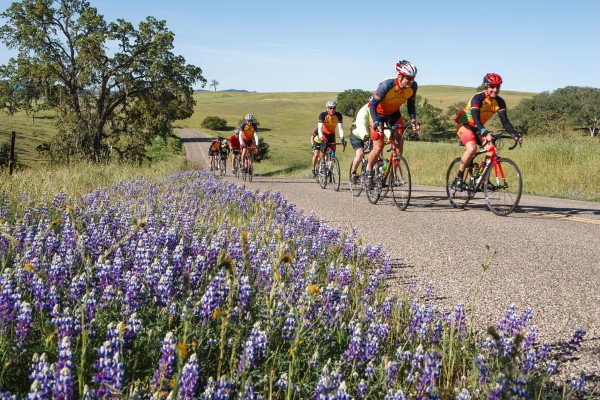 Il Cortile Ristorante raised over $18,000 in support of local cancer resources during the recent Tour of Paso cycling event

With 10 riders on the team, including owner and managing partner, Carole MacDonal, Team Il Cortile raced alongside 109 cyclists to raise funds for the Central Coast Cancer Support Community, a free resource to local cancer patients and their families. Taking home the trophy this year for most funds-raised was “Team Rainbow” who raised over $30,000. Charitable contributions for the event totaled over $100,000 with donations still coming in.

Fundraising at Il Cortile included proceeds from a special “reverse wine dinner” menu crafted by Chef Santos MacDonal and his kitchen, as well as proceeds from the sale of complementing wine, LXV’s 2013 Crimson Jewel. Additionally, servers at the restaurant generously donated a portion of their tips from the dinner toward Il Cortile’s efforts in support of the Cancer Support Community. 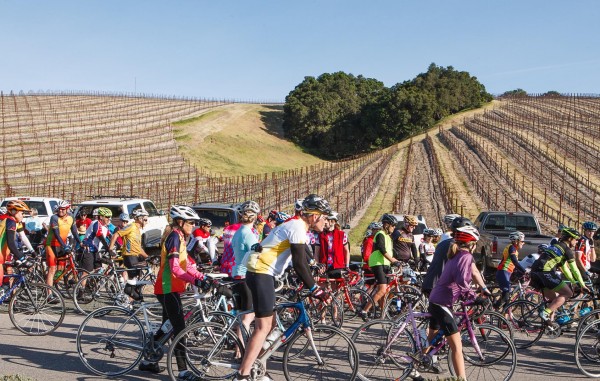 Riders get ready to start the race. Courtesy photo.

“Team Il Cortile epitomizes the philosophy of leadership and the team approach to fighting cancer,” said Cancer Support Community Executive Director, Christie Kelly. “Carole and Santos’ team has been a contender for the past four years, and that they were able to raise over seventeen-thousand dollars is just phenomenal.”

This year marks the fourth that Il Cortile has contributed toward and participated in the Tour of Paso. Since 2012, the team has raised over $56,000.

“Cancer impacts us all,” Kelly continued. “Luckily we are able to minimize the impact in our community by supporting those in their time of need. That would not be possible without the support we receive from game-changers like the team at Il Cortile.”