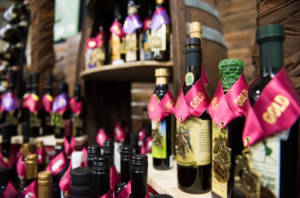 –The Central Coast Olive Oil Competition has released the results of the 2018 competition. With over 130 olive oils entered from across California, Rio Bravo Ranch hailing from Bakersfield and Molefina from right here in Creston emerged as the producers of the best of show entries.

The competition featured premier oils produced across California. Past participants along with new joined in raising the entry count to 137 entries and 52 farms. Both up from 2017.

Full results can be found at http://centralcoastwinecomp.com/olive-oil/.