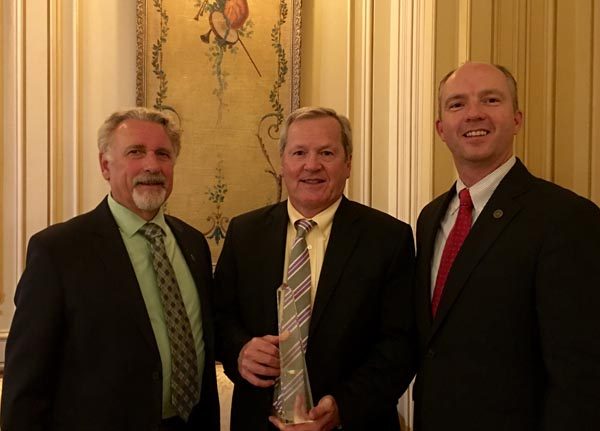 In his 37 year career, Pomeroy successfully prosecuted many of the toughest and high profile cases in San Luis Obispo County. Several of Pomeroy’s notable cases include: People v Jason Kahn, Jeremiah Hernandez, et al (2012), a four defendant hate crime that involved the burning of an eleven foot cross on the lawn outside of the window of an African-American young woman; People v. Matthew Levine (2009), a “no body” homicide in which Levine killed his grandmother and reported her missing; and People v James Paul Bash (1989), a tragic murder case wherein Bash kicked a man to death. Bash had already been convicted of one murder and had been paroled from prison.

District Attorney Dow stated, “Dave is truly deserving of this very prestigious recognition. There is no doubt that San Luis Obispo County is safer today, because of the hard work of Dave Pomeroy, than it would have been without his dedication. I am so pleased that he was selected for this award.”

CDAA’s John J. Meehan Career Achievement Award is named after Meehan, who served as the Alameda County District Attorney from 1982-1995. Those nominated for the award must have a long-standing commitment to criminal prosecution and a history of involvement with CDAA’s training, publications, and/or legislative activities. They also must be retired or scheduled to retire as prosecutors within a year of the award being presented. Pomeroy retired from the San Luis Obispo County DA’s Office in Dec. 2015.