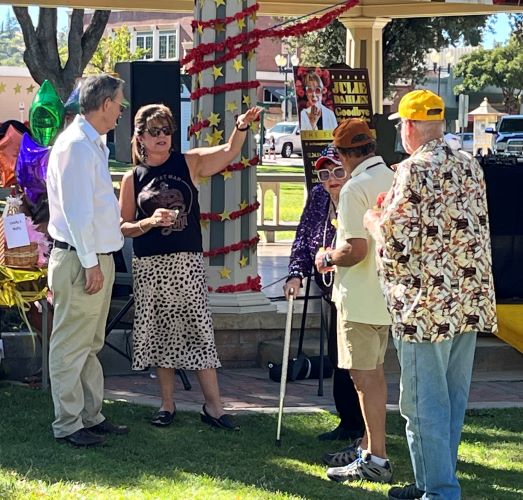 – After 27 years with the City of Paso Robles, Julie Silva Dahlen is retiring. Dahlen rose from children’s librarian to director of community services during her career with the city. 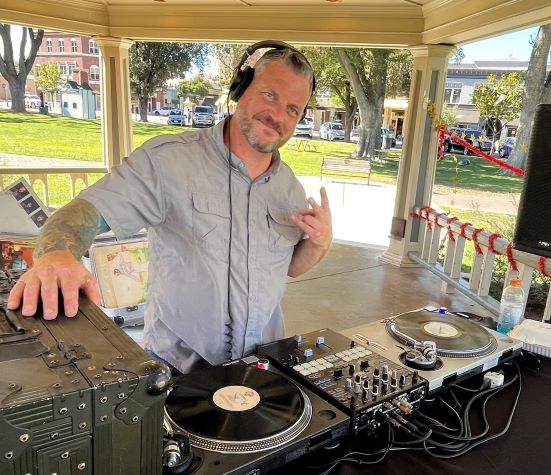 Chris Taranto of the Rec Foundation, Ann Bell of the Friends of the Library, Mayor Steve Martin, Norma Moye of the Paso Robles Downtown Main Street Association, and others paid homage to Julie Dahlen.

DJ Chad Fortin, who played real vinyl records at the celebration, kicked off the celebration with music by Elton John. The British singer is embarking on his “Farewell Tour.” Dahlen and her family have tickets to see Elton John perform in Los Angeles. Back in the ’70s, her brother, Craig Silva, produced an Elton John Special for KRKC Radio in King City. That special inspired a Program Director at KDON in Salinas to hire him. It also inspired a family infatuation with Elton John. Craig was killed in a traffic accident in Salinas in 1980. 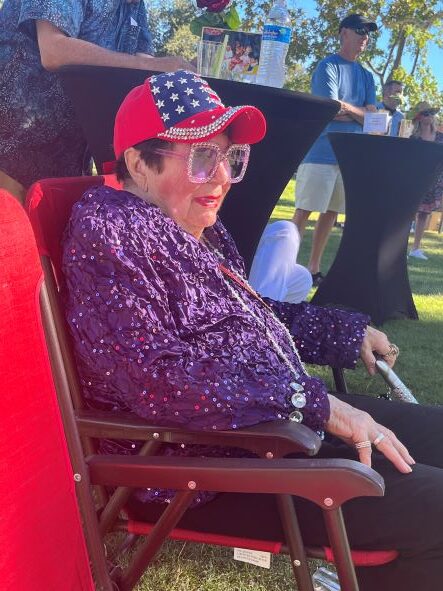 Dahlen will complete her long career with the city on Friday. Angelica Fortin will step up into her position, although Fortin says it will be several weeks before she relocates from the library the Centennial Park, where the recreation department is located. 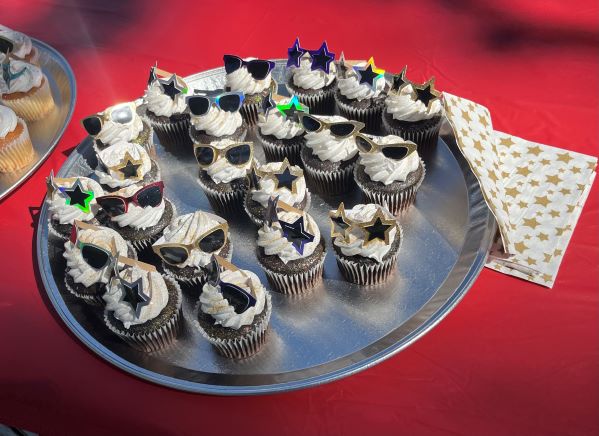