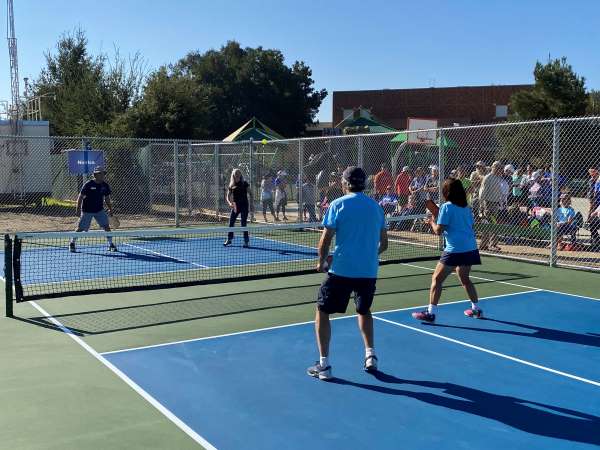 Although neither elected official had any experience, they played surprisingly well against the pickleball players. Mayor Heather Moreno, who is a fitness consultant, showed a lot of potential. One onlooker said, “That young mayor is pretty good!” 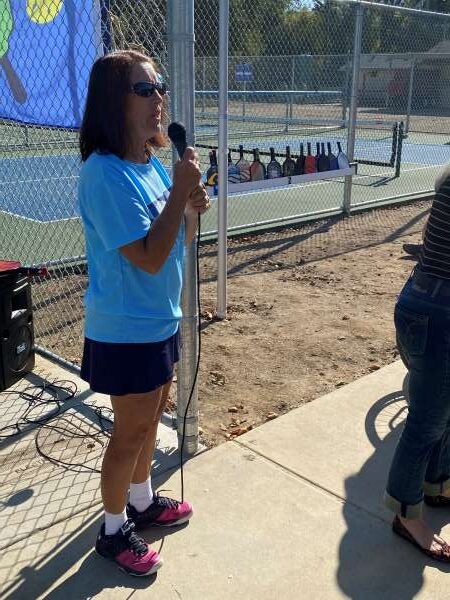 “The courts were a long time coming,” Sims said, “We raised a lot of money and the city helped, too. The new courts finally come to fruition. These are the first courts in Atascadero. We have four courts and a paddle holder for each court. There is an advanced, intermediate advanced, intermediate and novice court. So, you’re playing others at your skill level.” 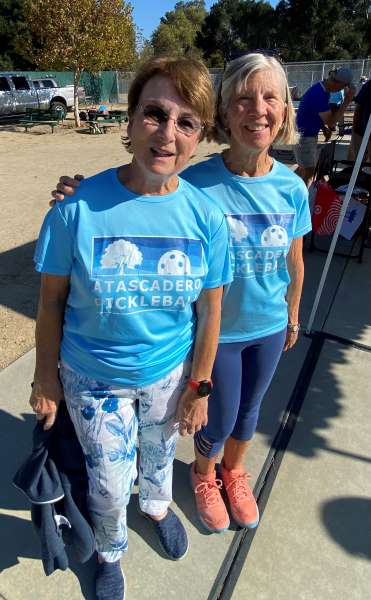 The Atascadero Pickleball Club designed new blue T-shirts which they are selling.

The Atascadero Pickleball Club has designed striking blue T-shirts which they are selling. Sims says there are about 80 members in the club, but that may increase dramatically now that there are finally pickleball courts in Atascadero. 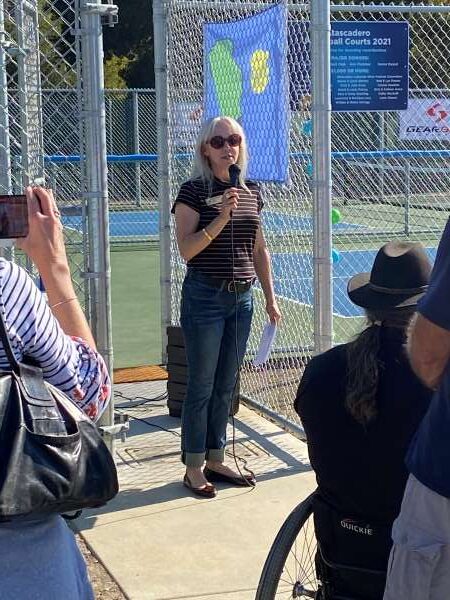 Pickleball was invented on Bainbridge Island in 1965 by Congressman Joel Pritchard. It’s called pickleball because the 3″ diameter plastic ball has 26-40 round holes, much like a wiffle ball. The wooden paddles are similar to ping pong paddles. The courts are similar to tennis courts, but smaller. The game is easy to learn, fast, and particularly popular among senior citizens. Although Pritchard went on to become Lt. Governor of Washington State, he is more widely remembered for inventing pickleball. The new courts in Atascadero are now open for play at Colony Park off Traffic Way. 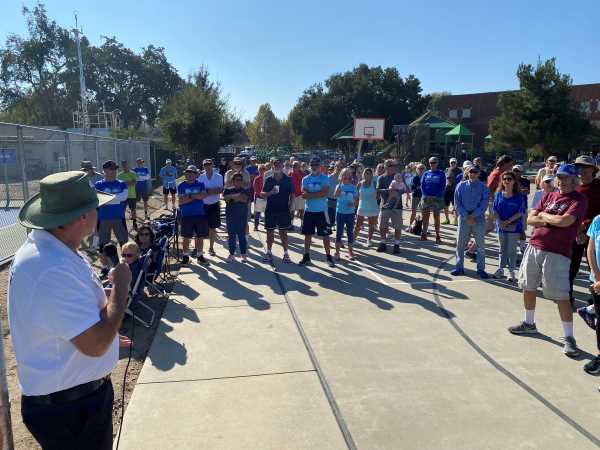 Twin Cities Hospital of Templeton gifted a defibrillator to the club which is accessible at the courts should a pickleball player suffer a heart attack while playing.

“Today is a great day for Pickleball in Atascadero,” Sims said.