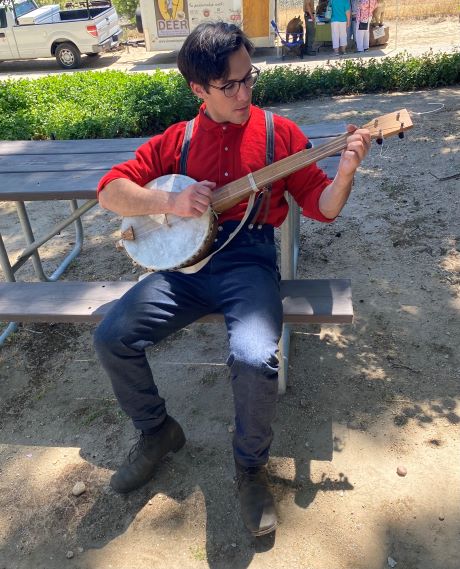 Hundreds of people attended the open house including families, seniors, and history buffs

On the old Camino Real, speakers in costume described life in the early days of California. Nearby, Brett Bjornson of the San Luis Obispo County Parks Department showed a collection of animals indigenous to San Luis Obispo County, including two black bears, a badger, raccoon, fox, and coyote. A taxidermist preserved the animals frozen in natural positions. 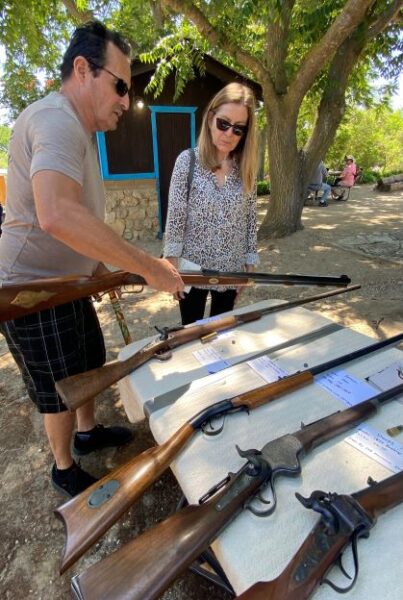 A visitor measures the weight of an antique rifle.

Inside the adobe, Mike Sanders talked to visitors about the rooms and the varying functions they served over the past 160 years. Upstairs, Miki Sanders sewed a quilt and answered questions about the bedrooms and their furnishings. 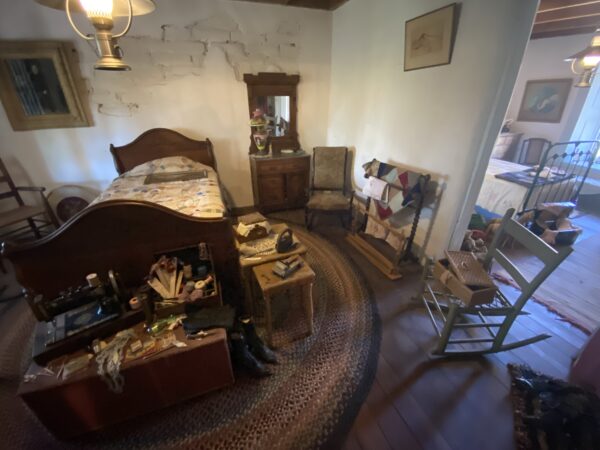 The library displayed local history books. On the plaza, Sal DeGuara played banjo tunes from the early days of the West. A collection of pistols and rifles outside covered two long tables. Attendees were encouraged to pick up the weapons to feel how heavy they were back in the 19th Century. Hundreds of people attended the open house including families, seniors and history buffs. 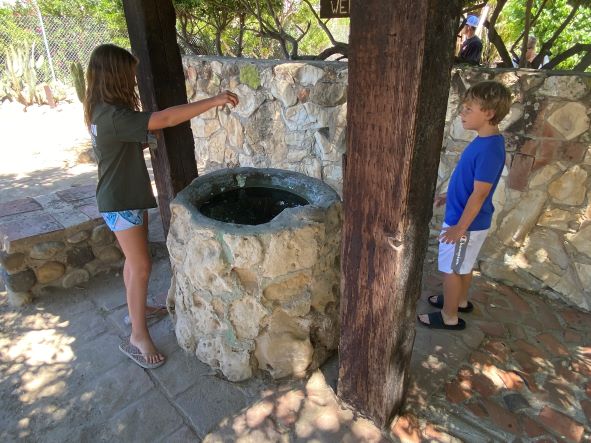 Children dropping a wish into a well.

The Friends of the Adobe sold a $15 lunch of barbecued chicken, beans, rice, and homemade tortillas. Proceeds will pay for the upkeep of the adobe. Laverne Buckman said, “We’re trying to raise $20,000 to repair the windows on the back of the adobe. We need to get them fixed.”

Buckman says there will be another open house in the late summer or fall. Civil War reenactors may return to demonstrate how military units dressed and conducted themselves during the War Between the States. 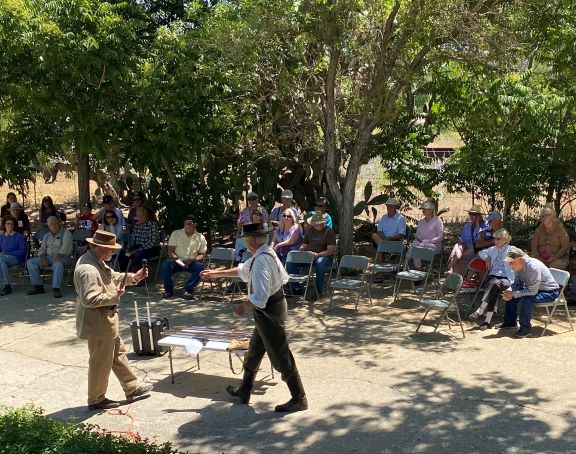