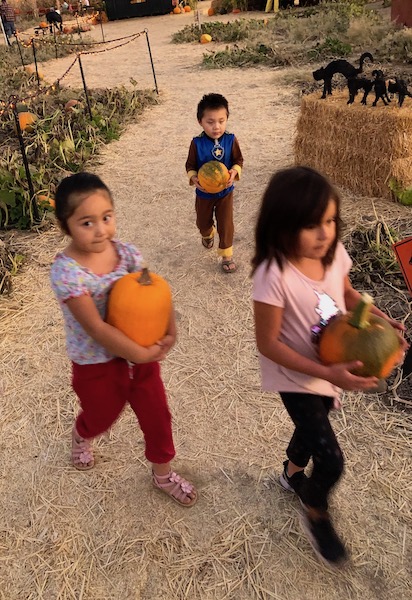 The pumpkin patch started back in 1969 by Valerie Reynolds and her brother as a 4-H project in Goleta. Later, Herb Kunze bought land on North River Road and the pumpkin migrated north.

Valerie says the tradition is the same today. People come out and pick a pumpkin off the vines. There are no bounce houses or commercial distractions, although they do have a three-acre corn maze, which is challenging after dark. 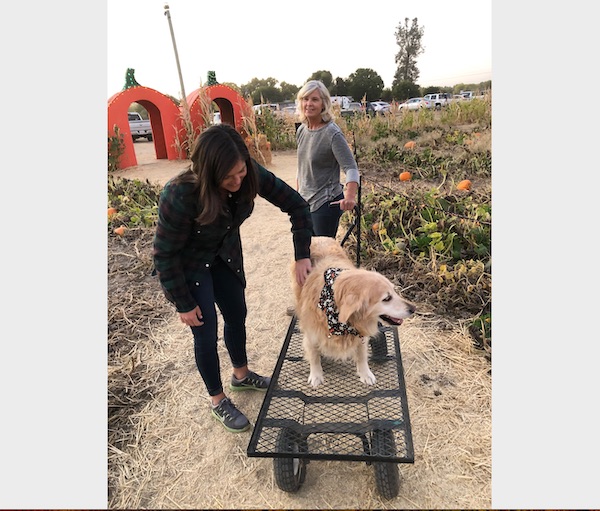 Valerie’s retriever, Dixie, enjoys meeting the families who come and get pumpkins. She says some families have returned for generations.

Valerie’s retriever, Dixie, enjoys meeting the families who come and get pumpkins. She says some families have returned for generations.

The River K Pumpkin Patch is open from 9:00 am until 8:00 pm on North River Road, north of Paso Robles.