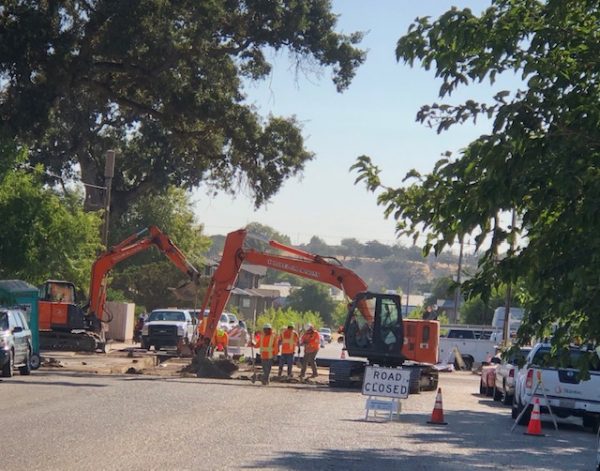 –Roadwork at the North end of Spring Street is expected to continue for several more weeks.

Ditas Esperanza of the Paso Robles Public Works Department says crews are improving the water and sewer lines, but have encountered obstacles. They had to delay work near 32nd because of an underground vault that holds AT&T utility cables. They also had a sewer line collapse on 26th Street near the Bauer Speck Portables. They have returned to 32nd Street to complete that work. This week, they also worked on the lines near 26th Street. 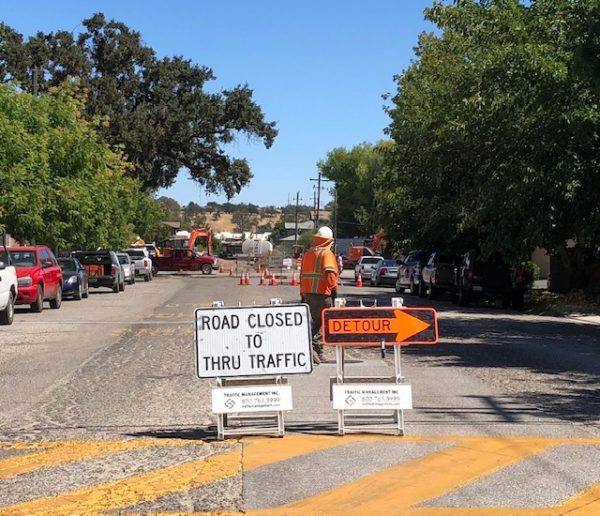 Soon, crews will do a pressure check for the lines between 24th and 32nd. Then, they will continue working on water lines north of 32nd, out to 36th street.

After they complete the work, Spring Street will be repaved, probably not until next spring or summer.

Motorists are advised to drive cautiously while the work continues, and remember to, “slow for the cone zone.”