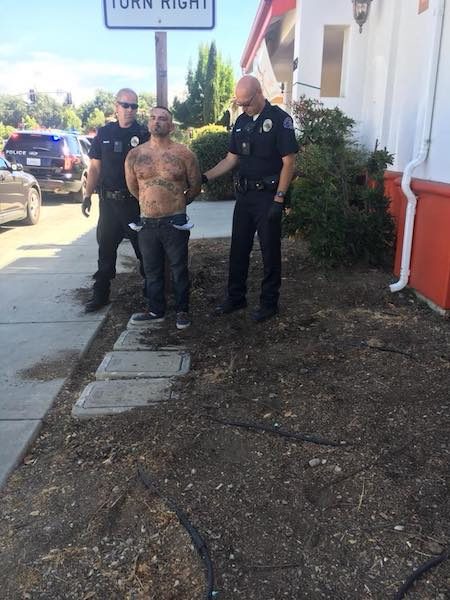 –On Wednesday, at 3:34 p.m., officers from the Atascadero Police Department responded to a report of a robbery which just occurred at the Hitching Post Shell gas station located at 8000 Morro Road in Atascadero. It was reported the suspect entered the store, selected a bottle of water and confronted the clerk. The suspect stated he had a gun, motioned to his waistband as if he had one, and fled the store.

Officers arrived in the area and began conducting a search. Officers viewed video surveillance of the incident and were able to provide an accurate description of the suspect to other units in the area. Officers located the suspect matching the description on Morro Road near Portola Road and confronted him. The suspect failed to comply with officers commands and eventually fled on foot. Following a brief foot pursuit the suspect stopped, turned and assaulted pursuing officers. Officers used a Taser to subdue the suspect. No firearm was located.

The suspect was identified as Joseph Sage Bramon, 35-year-old Atascadero resident. Bramon sustained minor injuries from the incident and was later transported to a local area hospital for medical treatment prior to being booked into county jail for Robbery, Assault on an Officer and a felony warrant.

One officer sustained minor injuries the incident which required no medical attention.