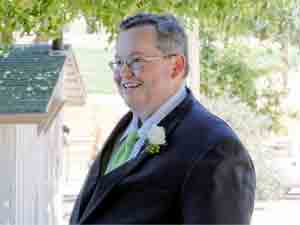 Robert was also a director of the Henry Mayo Newhall Foundation, which annually donates hundreds of thousands of dollars to charitable organizations in the Santa Clarita Valley.

On July 4, 2014, Robert was married to Crystal Delmastro in a wedding ceremony that was held on the Chesebrough Farm in Templeton.

Read the full story at The Santa Clarita Valley News