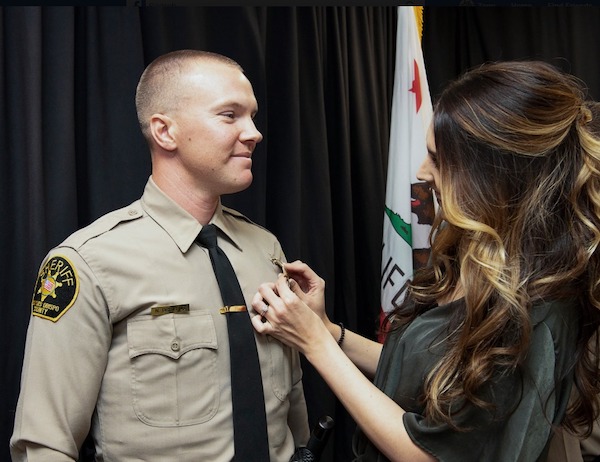 Nicholas Dreyfus at his pinning ceremony on May 29, 2019.

–Rooster’s Firearms in Templeton is hosting a fundraiser Sunday for Sheriff’s Deputy Nick Dreyfus, who was wounded during the active shooter event several weeks ago.

Deputy Dreyfus responded to reports of gunfire near the Paso Robles Police Station. When he arrived, the suspect shot him in the face. Dreyfus has undergone several surgeries at the Stanford Medical Center, and faces more operations in the future. To help him with medical costs and other issues related to his injury, a fundraising barbecue is planned Sunday in Templeton. The drive-through barbecue will run from 11-2 at Roosters Firearms on Main Street in Templeton. The barbecue costs $15. Checks can be made out to Nicholas Dreyfus.

“Rooster” is Jim Mulhall, a former sheriff’s deputy who opened the gun shop after he retired. “I thought it would be a quiet relaxing business, but I’m working long hours because the demand right now is huge for firearms.” 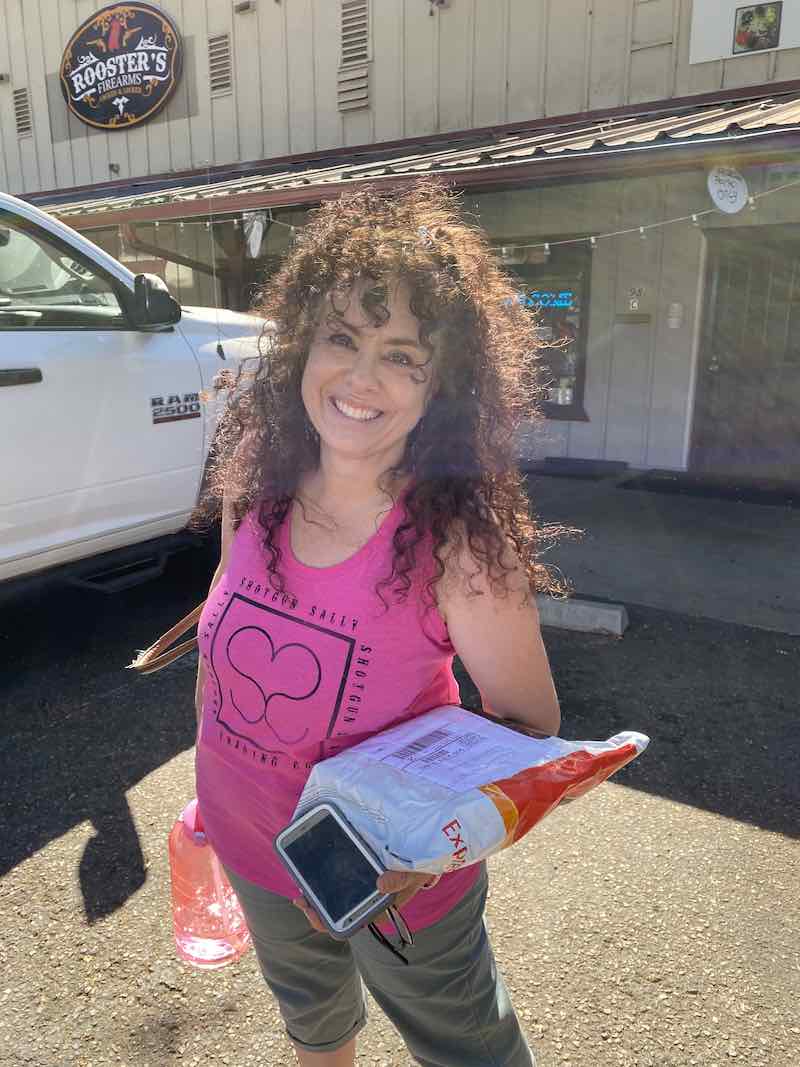 Terry Mulhall, who is Jim’s wife, also has her office in the store. She is helping to organize Sunday’s barbecue.

Terry Mulhall, who is Jim’s wife, also has her office in the store. She is helping to organize Sunday’s barbecue.

Terry says, “We’ve had a big response to the barbecue. A lot of people want to help the young deputy. Some people just want to make donations. Their support makes a positive statement about the county.”

Seven people are collaborating on the barbecue. Terry Mulhall will try to organize the logistics of a drive-through operation. She says, “We’re expecting a big turnout.”

Posted in:  Community, Templeton
About the author: News Staff