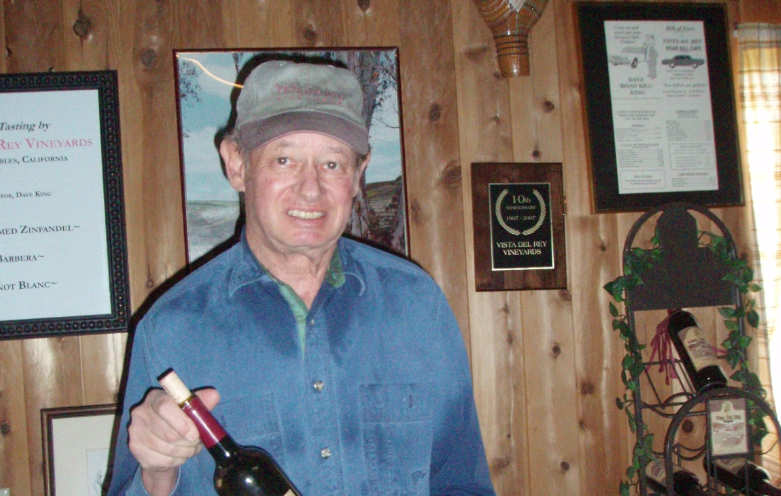 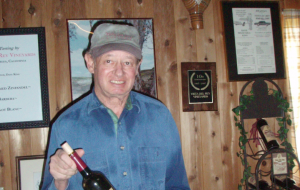 Sitting in his home at Vista Del Rey Vineyards owner Dave King describes his wine label, unchanged since its creation over 15 years ago, as “simple but relevant.”

The steps which brought Dave to his current position reflect his own qualities: purposeful, direct and informed. Although Dave came to winemaking via an unusual path, the final destination suits him perfectly.

As he navigates succinctly through his personal history, it is clear that each period of his life could yield hours of stories if the storyteller were not so focused on how his journey led him to winemaking in Paso Robles.

Dave moved from his childhood home in Southern California to attend Oregon State and study Agricultural Engineering. However, before he could apply his studies in the field, the Vietnam War changed his course.

Dave chose to join the Navy, gaining a commission through NROTC, rather than be drafted, and served for more than two decades. During this time he continued to learn and to expand his fields of knowledge through experiences in undersea surveillance and teaching at the Naval Academy. He also completed a Masters in Oceanography.

Unexpectedly, the Navy is also where Dave learned about wines. “The Navy exposed me to world-class wines,” Dave says. During the five years before making the move to Paso Robles, Dave expanded this interest into an in-depth study and analysis of California wine country.

This study was facilitated by the independent newsletter, “King’s Korner of the Wine World,” which he wrote as a way to catalogue his learning and help others to explore the wine world. It was during this time that the dream of owning a winery, where he could put his knowledge into practice, was born.

As he traveled California, Dave began to search for the wine region that would best serve his plans. He was looking for quality of life and affordability, and found both in Paso Robles. He also found support in the form of local winemakers. As he puts it, “I picked some people who would be hard on me and some who would be kind.”

With this support system in place he purchased the land that was to become Vista Del Rey.
Dave has implemented an earth-conscious and sustainable grape-growing practice. He does not spray for pests or weeds, and focuses on the end result–the grapes–rather than trying to achieve a pristine vineyard.

His dry-farmed Zinfandel reflects the weather patterns of each vintage, and though each vintage retains the basic characteristics of the vines, no two vintages are the same. “You are really tasting a manifestation of the growing season,” says Dave.

His excellent portfolio of “user-friendly, food-friendly” Zinfandels, Barberas and Pino Blancs is the result of a focused dream put into practice by a man who knew were he was coming from and where he wanted to go.  Aside from the great wines, another reason to visit Vista Del Rey is simply to meet Dave King, a most fascinating person. (805) 467-2138.