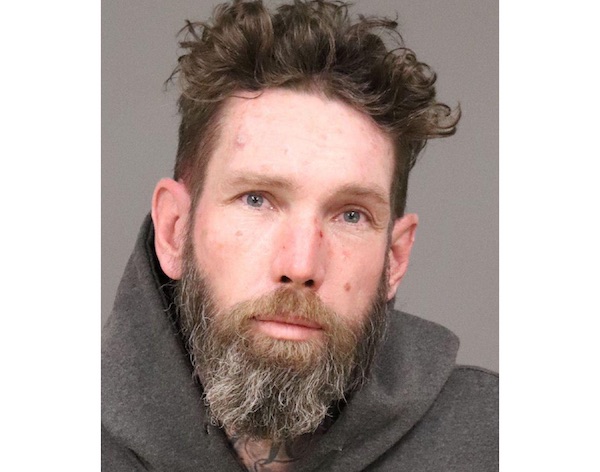 –On April 2 at approximately 2:35 p.m. a San Luis Obispo Police officer responded to a local hospital for the report of a domestic violence victim who was being treated. The investigating officer discovered the female victim had received a non-life-threatening knife wound as well as other injuries that required medical treatment.

The investigation revealed the suspect in this case was Ryan O’Hara and that he was likely in the couple’s shared residence in the 1600 block of Toro in San Luis Obispo. The victim reported being assaulted by O’Hara in the residence and said O’Hara was in possession of a firearm. She also told the officer that O’Hara made statements earlier in the day about using his gun to avoid going back to prison if confronted by police. O’Hara has prior felony convictions and is prohibited from possessing a firearm.

Additional investigators responded to the residence where O’Hara was believed to be located. At 7:30 p.m., O’Hara was seen coming out of the residence. As O’Hara entered his vehicle the waiting officers were able to detain him without incident.

A search warrant was obtained and served at the residence. Evidence of the assault was recovered from inside including a loaded 12-gauge shotgun that had been taken out of storage, loaded and staged in a manner that led investigators to believe O’Hara’s prior statements about his use of a firearm.

O’Hara was subsequently booked at the San Luis Obispo County Jail on the following charges: Assault with a deadly weapon, domestic violence, false imprisonment, felon in possession of a firearm. O’Hara’s bail was set at $50,000.