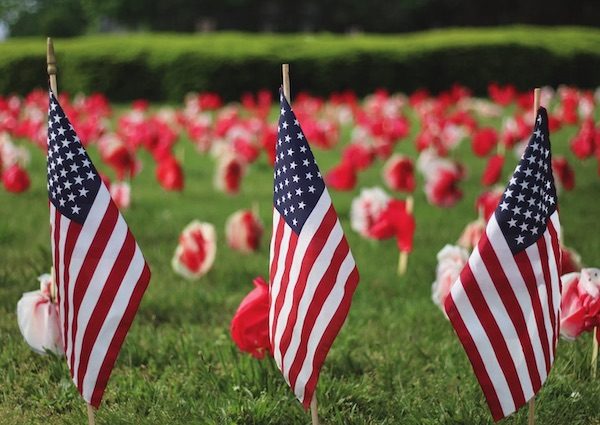 The remembrance ceremony and service, sponsored by American Legion Post 66, is dedicated to honoring the men and women of San Luis Obispo County and across the nation, who died while serving in the U.S. Military.

The first such event was offered at the San Luis cemetery in 1885 by the Civil War veterans of the Fred Steele Post 70 of the Grand Army of the Republic (GAR). Remembrances at that time included a patriotic parade beginning at Higuera and Chorro streets then ending at the San Luis Cemetery.

American Legion Post 66 has been a sponsor of the annual remembrance since 1923 when the WWI veterans of Post 66 were asked by the Fred Steel Post 70 of the Grand Army of the Republic to continue the tradition. The program this year will be modified, but will include the raising of the American flag by Cadets from the local U.S. Naval Sea Cadet Corps, patriotic music, and a recitation of the Gettysburg Address by local attorney Stew Jenkins who will portray Abraham Lincoln.

Local Scouts from Troop 322 will present a historical tribute to the American Flag and, in accordance with the GAR tradition; the Memorial Day General Orders from General W.G. Hawley GAR, circa 1885 will be read. Also planned for the event is a flyover from the Estrella Warbird Museum of Paso Robles.

The event is free and open to the public, but in keeping with Stage 2 of the County Stay at Home ordinances, attendance is allowed in parked vehicles only. The event will be live-streamed on Facebook, and it is recommended that those interested in participating do so from their homes by tuning in to the Facebook Live broadcast. A link to the Facebook Live broadcast will be available on the Post 66, The American Legion, San Luis Obispo Facebook page on Memorial Day. For more information, call (805) 441-1405.