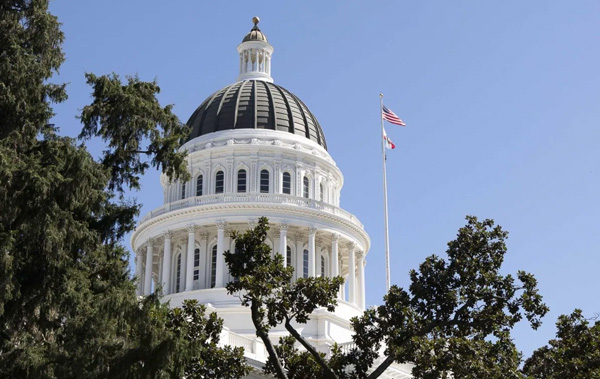 Statewide, California has a segregation problem

Deeply blue California’s top political figures, from the governor downward, portray the state as a model of multicultural integration.

In fact, however, as a new study from UC-Berkeley’s Othering & Belonging Institute reveals, most California metropolitan areas have high levels of racial segregation in housing and it has become more pronounced over the last two decades. Oddly, too, California’s segregation tends to be highest in areas most likely to lean to the left politically.

Of the 11 California regions on the report’s “high segregation” list, only two, Bakersfield (37th) and Fresno (72nd), hew to the right politically. The San Luis Obispo-Paso Robles area, which also is somewhat conservative politically, is one of only two regions in the nation deemed to be highly integrated, the other being Colorado Springs, which is a Republican bastion.

Okay, so California is not the exemplar of integration it often pretends to be. But isn’t the state trying to make its housing patterns more inclusive?

Those efforts, however, have faced stiff opposition in suburban communities where single-family homes predominate, with the fiercest resistance in suburbs dominated by Democratic voters, such as Marin County.

The outcome of California’s housing war remains in doubt. However, as California pursues — at least on paper — more integration in housing, it seems to be encouraging more segregation in political representation through a concept called “community of interest” or COI.

When California’s Citizens Redistricting Commission, created by a statewide ballot measure, first tackled the redrawing of legislative and congressional districts in 2011, it assumed that one of its jobs was to identify COIs and make them a dominant factor in redistricting.

The commission is just beginning to do its work again, using still-to-be-released data from the 2020 census, and is putting even more emphasis on COIs, although how to define them remains uncertain.

The current commission is staging “COI input meetings” around the state and seeking participation but admits in its latest invitation that “there are no clear rules on how to define a community of interest.”

It’s assumed that under federal law, redistricting plans must not inhibit the ability of ethnic and racial groups to elect representatives. To insulate the new maps from legal challenge, the commission will use data on concentrations of potential voters (over the age of 18 and citizens) to create “majority-minority” districts that, in effect, preordain the election of legislators and congressional members from the designated communities.

Although California’s overall population has seen only scant growth over the last decade, whites have continued to decline proportionately while Latino and Asian populations have increased. Thus, as the state’s leading redistricting expert, Paul Mitchell, has written, “it’s more likely than ever that the data will tell (the commission) there are more majority-minority districts that need to be drawn than ever in light of heightened segregation within our cities and counties.”

Dan Walters has been a journalist for nearly 60 years, spending all but a few of those years working for California newspapers. He began his professional career in 1960, at age 16, at the Humboldt Times in Eureka, while still attending high school, and turned down a National Merit scholarship to continue working as a journalist. At one point in his career, at age 22, he was the nation’s youngest daily newspaper editor. The Hanford Sentinel was the first of three newspaper editor positions before joining the Sacramento Union’s Capitol bureau in 1975, just as Jerry Brown began his governorship. Walters later became the Union’s Capitol bureau chief, and in 1981 began writing the state’s only daily newspaper column devoted to California political, economic and social events. In 1984, he and the column moved to The Sacramento Bee. He has written more than 9,000 columns about California and its politics and his column has appeared in many other California newspapers. Walters has written about California and its politics for a number of other publications, including The Wall Street Journal and the Christian Science Monitor. In 1986, his book, “The New California: Facing the 21st Century,” was published in its first edition. He is also the founding editor of the “California Political Almanac,” the co-author of a book on lobbying entitled “The Third House: Lobbyists, Money and Power in Sacramento,” and contributed chapters to two other books, “Remaking California” and “The New Political Geography of California. He also has been a frequent guest on national television news shows, commenting on California politics.