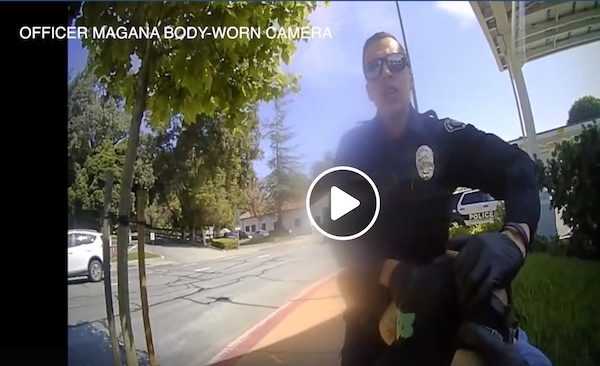 –The San Luis Obispo Police Department is releasing a community incident briefing video related to a use of force from May 2019.

On May 29 of this year, two officers were dispatched to a 911 call at the Chevron at Higuera and Marsh for a man that had stolen some property. They made contact with him, found he had a local arrest warrant and during his arrest, he resisted and assaulted one of the officers, according to the police department. A struggle ensued, and during the struggle to get him in handcuffs, one of his arms was broken. He was treated at a local hospital for the broken arm.

The Police Department automatically conducts an internal review of all use of force incidents. This use of force was found to be justified under the PC835 and department policy. The San Luis Obispo Police Department sent recommended charges to the District Attorney’s office for review, and after review the man was charged with resisting arrest, possession of a controlled substance and grand theft.

“We hope this community briefing provided you with insight and context into what occurred that day,” said Chief Cantrell.