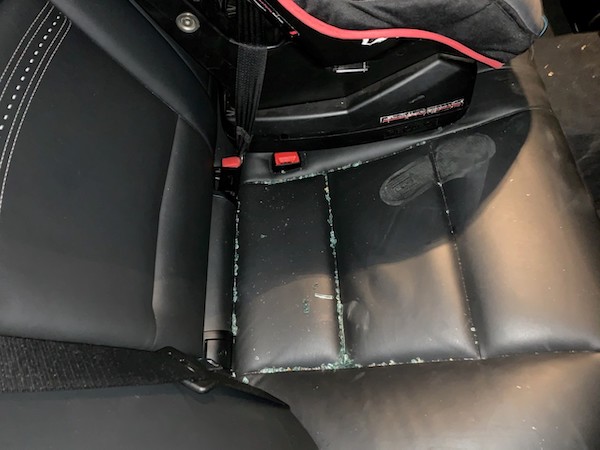 While on the freeway, protesters reportedly damaged the hood of a passenger vehicle and smashed the rear window where a 4-year-old child was in the back seat and had glass shattered on him.

Early Monday morning the city became aware of a planned, peaceful protest scheduled for Tuesday. The San Luis Obispo Police Department immediately began reaching out to group organizers to ensure the safety of the protesters and community, the city reports. Police Chief Deanna Cantrell reportedly contacted protest organizer, Tianna Arata, prior to the event and was ensured the event at Mitchell Park would be peaceful.

The protest began at 4 p.m. at Mitchell Park and at approximately 5:15 p.m. transitioned to a march of approximately 300 people through the downtown area. The protesters entered Highway 101, “putting in jeopardy the safety of protesters, motorists, and law enforcement and blocked all lanes in both directions for nearly an hour,” according to the city. While on the freeway, protesters reportedly damaged the hood of a passenger vehicle and smashed the rear window where a 4-year-old child was in the back seat and had glass shattered on him.

Shortly after 7:10 p.m., the protest left the highway using the northbound California Boulevard exit and began to move toward Monterey Street. Protesters stopped and surrounded a vehicle at Monterey and California before moving toward downtown and returning to Mitchell Park. Some individuals were also observed chasing down and throwing objects at a vehicle. 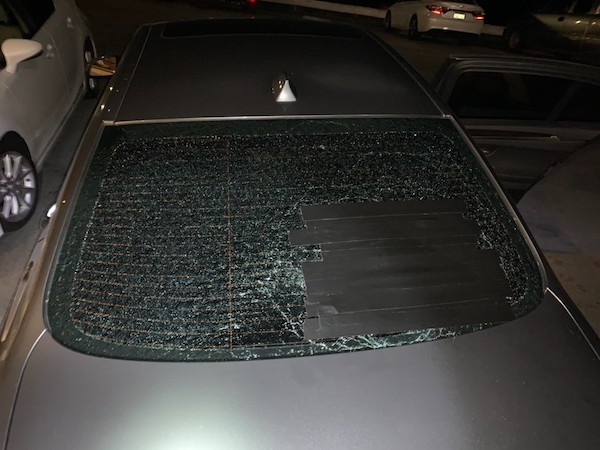 The group returned to Mitchell Park at approximately 7:30 p.m. where they continued to hold the protest until dispersing at around 8 p.m.

The city’s police department arrested Arata on charges of participation in a riot, unlawful assembly, conspiracy, unlawful imprisonment, and resisting arrest after the protest concluded. The decision to arrest Arata was made in coordination with the District Attorney’s Office based on Arata’s actions and the actions of the organized group, the city says. During the arrest of Arata, a San Luis Obispo Police Officer was assaulted by an individual, who was subsequently arrested. The officer suffered minor injuries.

“The City of San Luis Obispo supports peaceful protests,” said Police Chief Cantrell, “but we will not support violent acts and will continue to take action to protect our community.”

The city received emergency assistance from several local law enforcement agencies. Anyone who received or observed property damage or potential crimes related to today’s protest are asked to contact the San Luis Obispo Police Department at (805) 781-7312. 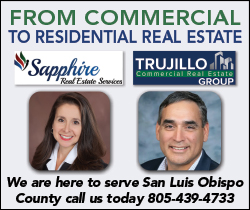