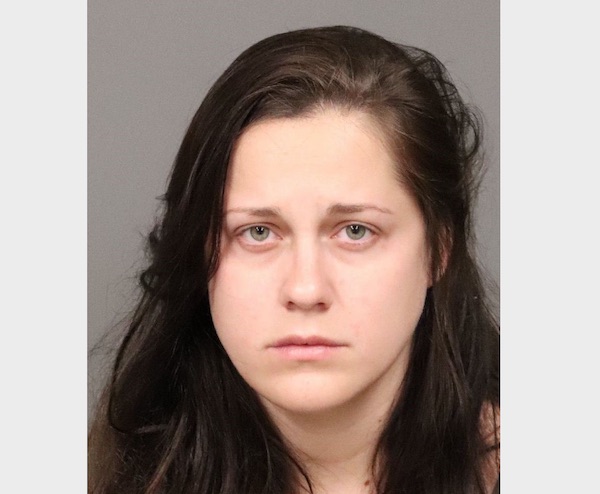 –On July 16, at about 9:10 p.m., the San Luis Obispo Police Department responded to multiple reports of a single gunshot heard and a woman screaming in the 600 block of Chorro St. in San Luis Obispo. During the initial investigation, responding officers located a male victim who had sustained a single gunshot wound. Shortly after officers and SLO Fire personnel arrived on the scene, it was determined the male had succumbed to his injuries and was pronounced deceased. The victim has been identified as Alexander Hagist, a 35-year-old resident of San Luis Obispo.

San Luis Obispo Police Department Investigators were called out to the scene and took over the investigation. After additional follow-up interviews were conducted they determined the wife of the decedent was responsible for his death. 23-year-old Skylar Marie Marshall was arrested on murder charges. Marshall was booked at the San Luis Obispo County Jail and is being held without bail.

Investigators believe this is an isolated incident and there is currently no threat to public safety.

SLOPD utilizes Nixle as an electronic information-sharing system. Refer to http://www.nixle.com. to create an account and receive automatic timely updates and important news. Anonymous information may be referred to Crime Stoppers at (805) 549-STOP.