Map of the Santa Lucia Highlands Wine Artisans. The wine region is north of Paso Robles in Monterey County.

MONTEREY COUNTY – The Santa Lucia Highlands Wine Artisans, an alliance of the appellation’s winegrowers and the wineries that rely on the district’s vinifera, announced today the appointment of Gary Franscioni as the new President of the group’s Board of Directors. Gary Franscioni is owner of the Roar wine label and is one of the region’s most respected growers – through his own Rosella’s and Sierra Mar vineyards and his partnership with Gary Pisoni and their Garys’ and Soberanes properties. 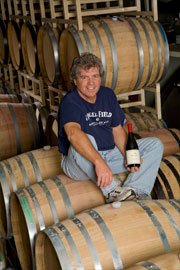 Franscioni is taking over the S.L.H.’s group’s reins from outgoing Board President Dan Lee of Morgan Winery. Dan Lee has served with distinction as S.L.H. Board President since the association’s inception and has worked tirelessly to promote the appellation to the trade, press, and public.

Aiding new S.L.H. Board President Gary Franscioni as officers will be Steve McIntyre as Vice President, Mark Pisoni as Treasurer, and Tony Baldini as Secretary.

The Santa Lucia Highlands is one of the crown jewels of California viticulture, growing and producing some of the state’s best cool climate Pinot Noir, Chardonnay, and Syrah. The appellation encompasses more than 6,000 acres of prime vineyards, planted on the elevated terraces of the Santa Lucia mountain range in close proximity to nearby Monterey Bay. The region’s unique winegrowing character was recognized with official A.V.A. status in 1991.

Formed in 2005, the Santa Lucia Highlands Wine Artisans is an association of vineyards and wineries that grow grapes in the S.L.H. or use the appellation’s fruit to craft their vintage releases. Upcoming events for the S.L.H. group include two private “trade and press only” tastings: in Costa Mesa on February 23 and in San Diego on February 24. The public is invited to sample wines from all thirty-plus Highlands’ member wineries at the annual SLH Gala at Mer Soleil on Saturday, May 16; tickets go on sale February 1 at SantaLuciaHighlands.com. 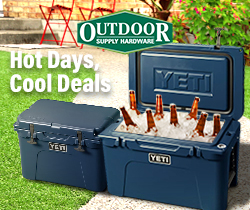