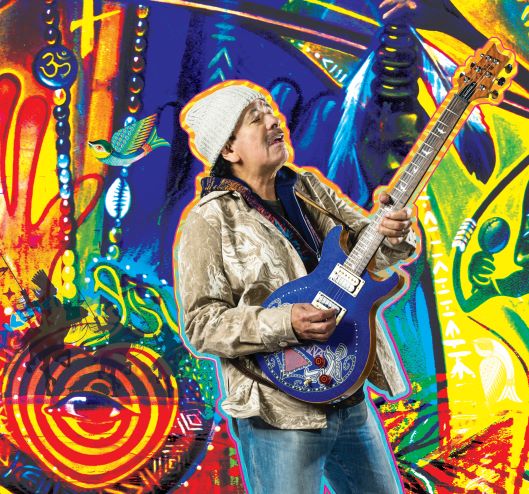 – The California Mid-State Fair has announced that Santana has been confirmed to perform in concert on Saturday, July 23 at 7:30 p.m. An opening act will be announced at a later date. The concert will take place in the Chumash Grandstand Arena at the Paso Robles Event Center. This will be Santana’s first appearance at the CA Mid-State Fair.

To date, Santana has won ten Grammy Awards and three Latin Grammys, with a record-tying nine Grammys for a single project for 1999’s Supernatural (including Album of the Year and Record of the Year for “Smooth.”) He has received the Billboard Century Award (1996), was ushered into the Rock and Roll Hall of Fame (1998), received the Billboard Latin Music Awards’ Lifetime Achievement honor (2009), and was the recipient of the Kennedy Center Honors Award (2013).

Among many other distinctions, Carlos Santana has been cited by Rolling Stone as #15 on their list of the “100 Greatest Guitarists of All Time;” and has joined the Rolling Stones as one of only two bands to have an album reach the Top 10 in every decade since the 1960s.

The 2022 California Mid-State Fair runs July 20 through July 31 and this year’s theme is “Full Steam Ahead!”