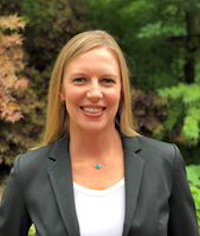 –The City of Paso Robles has announced the appointment of Sarah Johnson-Rios to the position of Assistant City Manager, including confirmation by the City Council at its June 18, 2019, City Council meeting.

Johnson-Rios is currently the Housing & Neighborhoods Department Operations Administrator for the City of Raleigh, North Carolina. As such, she oversees three units responsible for affordable housing preservation and production. Prior to assuming her duties in Raleigh, NC, Johnson-Rios held a series of increasingly responsible positions with the cities of Santa Monica and Chula Vista, California. She brings a diverse array of local government experience in the areas of community and economic development, budget and financial administration, public works, and community relations.

Johnson-Rios received her Master of Public and International Affairs degree, with a focus in Domestic and Urban Policy, from the Woodrow Wilson School at Princeton University. She was also awarded a Fulbright Scholarship to study cross-border policy issues and public administration in Tijuana, Mexico. She has also spent time in Bolivia and Guatemala, and speaks Spanish.

“Sarah has demonstrated throughout her career a high level of intelligence, leadership, and professionalism. Just as importantly, Sarah lives by a strong set of values, including a sense of service to community, respect for every viewpoint, and a commitment to equity,” said City Manager Tom Frutchey.

Sally Reynolds, a Paso Robles resident who is very active in City affairs, noted, “How lucky we are in Paso Robles to find such an amazing, qualified, and well-rounded candidate.”

“I am honored to have the opportunity to live, work, and serve in Paso Robles. Paso’s welcoming vibe, sense of strong roots, and spirit of giving back make it a place that my family and I are eager to call home. I look forward to working with the city and the strong set of community partners to advance Paso Robles’s vision for a dynamic future that builds on its rich past,” said Johnson-Rios.

Johnson-Rios is in the process of relocating to Paso Robles with her husband Jonathan and their two children. She will start in her new role approximately Aug. 1. A community welcoming event is being planned and will be announced soon.