‘Saturdays in the Park’ Atascadero concert series kicks off June 18 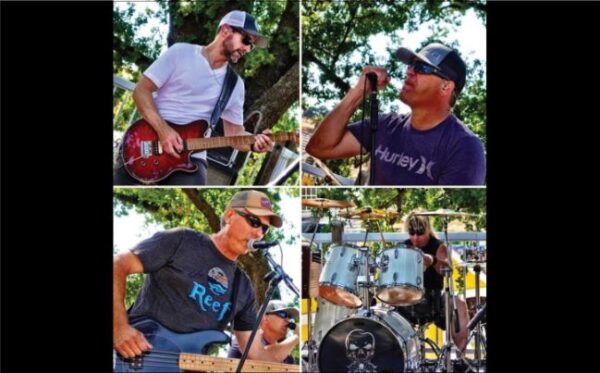 – The City of Atascadero will kick off the 2022 “Saturdays in the Park” Summer Concert Series to be held nearly every Saturday evening throughout the summer on June 18 at 6:30 p.m. at the Atascadero Lake Park Bandstand with The Counterfeit Kings.

The Counterfeit Kings is one of SLO’s favorite contemporary rock bands, taking on songs from artists such as The Killers, Red Hot Chili Peppers, Tom Petty, Counting Crows, and Weezer. Their music catalog focuses on best-loved alternative tunes from the ’90s up to today.

The band is made up of four professional musicians who have played on the Central Coast music scene for many years. Ty Christensen (vocals) and Scott Robertson (guitar) formed the band in the early 2000s and were immediately welcomed by venues and special event organizers because of their unique and eclectic choice of songs that they covered. To round out the band’s rhythm section, John Spalding (bass) and David Chock (drums) are the newest members who add plenty of percussive drive to the songs.

Paradise Shaved Ice and Zen Dog will be selling their concert fare including shaved ice and gourmet hot dogs.

All concerts are planned for the Atascadero Lake Park Bandstand from 6:30-8:30 p.m. Concerts are free to the public and everyone is encouraged to bring a blanket, low-back chair, and the entire family to enjoy the warm summer evenings in Atascadero.