School board approves ethnic studies course after much discussion 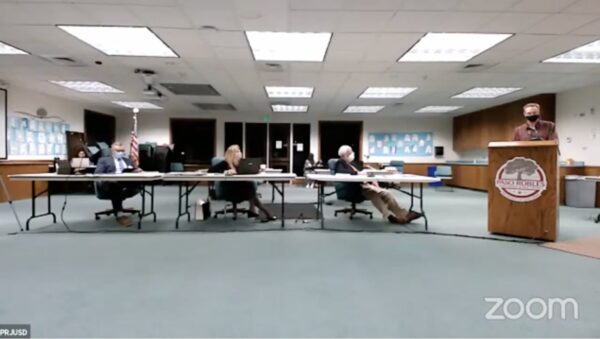 The class, to be taught by Geoffrey Land, is titled “Ethnic Studies: Multicultural America.” It seeks to deepen students’ civic engagement by understanding how identity, race and racism, and other forms of oppression have been, and continue to be, profoundly powerful social and cultural forces in American society, according to a course description. The course would be an elective and is not mandatory for students to take.

The item was discussed at length and included comments from at least 14 members of the public, teachers, parents, and students, who were largely in favor of adding the class.

Several members of the board said the course did not offer a balanced approach to American History. The textbook and other source material were perceived as “biased” and “anti-American” by some of the trustees.

Trustee Dorian Baker said that the material lacked balance and had labeled it “poison.” Trustee Lance Gannon said he had difficulty with the negative narration of America’s history.

Trustees Chris Bausch and Baker cited the lack of content from Dr. Thomas Sowell, author of books like Ethnic America. Sowell, an economist, taught at UCLA and is now affiliated with the Hoover Institute at Stanford University. He is African-American and a libertarian-conservative-leaning authority on ethnicity. The exclusion of reference to Sowell’s books like Ethnic America suggested a liberal bias, trustees said.

After 10 p.m. and much discussion, the board voted to approve the course contingent on additional course materials and a revised reading list adding more balance to it.

The board approved the motion on a 6-1 vote, with Trustee Gannon casting the dissenting vote. He said during the discussion item that he was born Puerto Rican and thought the course was too negative toward American history.

The action follows the state Board of Education recently approving an Ethnic Studies Model Curriculum for high schools and Gov. Gavin Newsom proposing $5 million towards preparing faculty to teach the subject.

Watch the meeting in its entirety below: