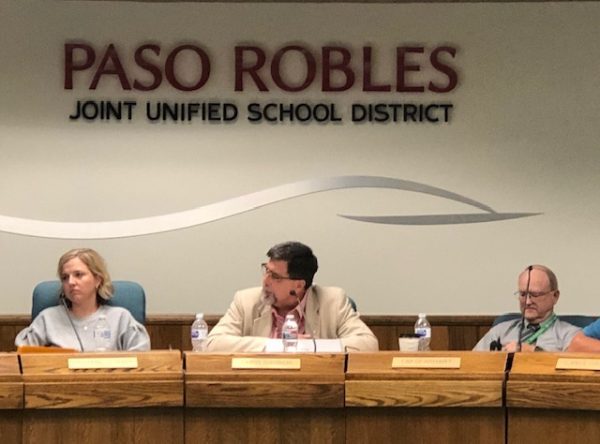 –At Tuesday night’s Paso Robles School Board meeting, the Paso Robles School District Board of Trustees received a positive report on the district’s budget. Chief Business Officer Brad Pawlowski told the board at their meeting Tuesday night that the reserve has increased from $754,413 last year, to $2,198,498 today. That increases the reserve from 0.96-percent of the total operating budget to 2.68-percent. The state requires a 3-percent minimum for a school district the size of Paso Robles. 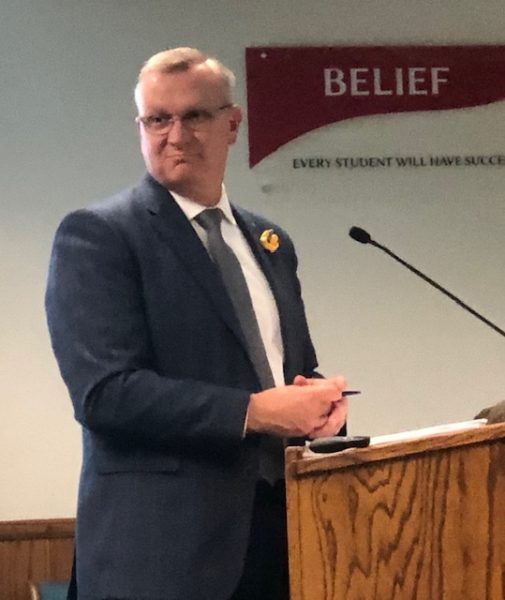 During public comment, citizen Michael Rivera suggested the school board investigate the spending during the previous five years. Late in the meeting, trustee Chris Bausch suggested the formation of a citizens’ committee to investigate the spending during Williams’ administration. Bausch asked that the proposal to form a citizens’ committee be put on the Sept. 24 agenda. School Board President Joel Peterson adamantly opposed placing the issue on the agenda. Peterson and Superintendent Curt Dubost said they would discuss the proposal further before it’s put on any school board agenda.

About 15 people attended the school board meeting Tuesday night. Most of those in attendance were employees of the school district.