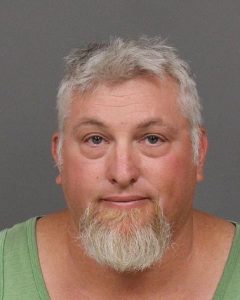 –Last week, the San Luis Obispo County Sheriff’s Office received a report that a 9-year-old girl had been sexually molested by 48-year-old David Kenneth Lamb of Arroyo Grande. At that time, Lamb was a school bus driver for the Lucia Mar School District.

Detectives with the Sheriff’s Sexual Assault Unit began an immediate investigation. That investigation led to a search warrant on June 7 at Lamb’s residence in the 1900 block of Lyn Road in rural Arroyo Grande. Lamb was questioned by detectives and subsequently arrested on multiple counts of lewd acts with a minor.

Lamb was booked into County Jail on $100,000 bail. The investigation is continuing.

Anyone with additional information about this case should contact the Sheriff’s Detective Division at 805-781-4500.