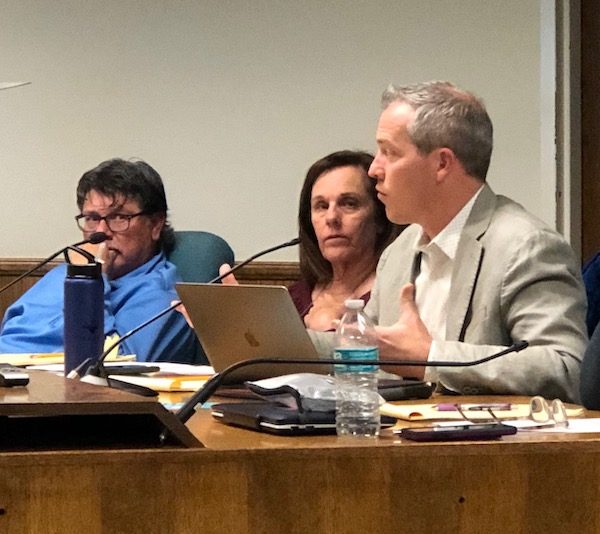 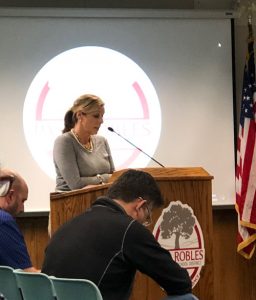 –Tuesday night, the Paso Robles Joint Unified School Board of Trustees received a report from Assistant Superintendent Jennifer Gaviola regarding layoffs for the district. The details will be released on March 10. Gaviola told the board Tuesday night the resolution will impact managerial, certificated and classified employees.

Superintendent Curt Dubost said the impact will be minimal. He said most of the employees to be impacted will be high school teachers of elective courses. The layoffs are part of an ongoing effort to reduce the district’s budget deficit.

“We won’t know for sure until we get the final student enrollment figures at the high school and see which classes and programs are short kids electing to preregister for next year, but I currently see no scenario in which there are more than five certificated positions district wide at risk,” Dubost said after the meeting. He said the layoffs will likely be limited to three employees to a maximum of five. “Please remember… with a total staff of 800 there is always unexpected movement with family transfers, unfortunate illnesses, unexpected resignations, and the like, meaning even those three to five may well be retained later in the school year,” he said.

The board also voted in favor of “Option 2b” in reducing transportation costs for the district. That option will provide transportation for special education students. Buses will also transport high school students living in San Miguel and Heritage Ranch. The other high school students would be served by a bus that transports students between Virginia Peterson, Cuesta College, Flamson Middle School, and the high school. “Option 2b” will be fine-tuned and come back before the school board. That option will save the school district $90,000.

“Because of our current budget situation, which can be attributed to flat and expected declining enrollment, we are in the unfortunate position of making decisions like this,” said Trustee Joel Peterson, after the meeting. “To be clear, the district is making great efforts of make sure personnel and programs aren’t affected by cuts, but when 86-percent of our budget is labor – teachers, classified, management – it is difficult,” he said.

“If we do have cuts, and we’ll know more in the next two months, they will most likely come from areas and electives where there is a lack of interest and support – low enrollment numbers. We never want to be in a position like this, but at this point we are looking at necessary steps to keep the budget positive. The teachers and staff of our schools are doing an amazing job during a challenging time and we can’t thank them enough for their hard work.” 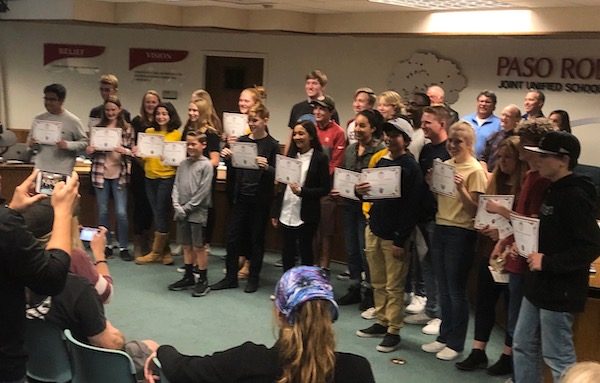 The district honored students who had received perfect scores in math and language testing.

The board voted against endorsing Proposition 13, which would provide more money for schools. It is not the old Proposition 13, but rather would float state bonds to fund public education. Some trustees opposed the proposition. Others felt it’s not the board’s position to weigh in on the elections, even if the issue relates to education. A motion to endorse Proposition 13 failed 4-3. 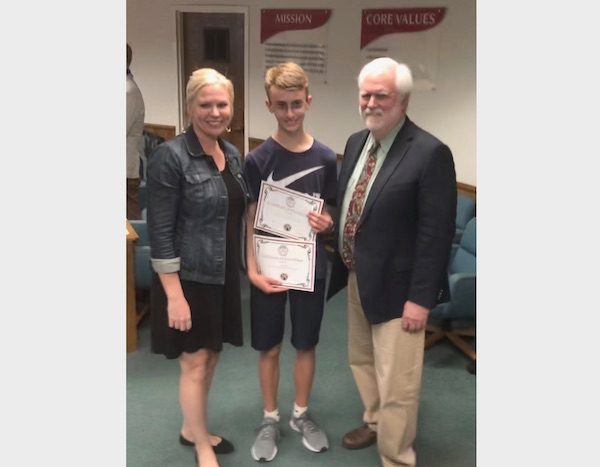 Mason Keep, who is now at the high school, aced both the math and language tests while attending Lewis Middle School.