District says flag was ‘a very poor choice,’ and that teacher’s responses were ‘inappropriate’

–  Paso Robles Joint Unified School District sent the following response regarding an incident involving a student displaying a ‘F— Biden’ flag, and a teacher’s subsequent social media post in reaction to seeing the flag and telling the Paso Robles High School Conservative Club to “go jump off a bridge.”

Last Wednesday, a student effort to honor Veterans Day was disrupted by a very poor choice to include a profane flag. This both detracted from the intended purpose of the demonstration and led to considerable disruption, including some postings and exchanges on social media that were completely inappropriate. The objectionable flag was up for a very limited amount of time, however, we in no way condone nor excuse this misguided action. Students will be appropriately disciplined in accordance with district policies.

Later that day, a district employee posted comments on social media regarding this event which were inappropriate, and the district is responding accordingly through the human resource office. The district will make it clear to all employees that as an employee of PRJUSD, social media is not the appropriate venue for criticism of our students and families and that we must conduct ourselves in a professional manner. The community is entrusting their children to our schools and employees. With this stated, we want to emphasize that the district does not tolerate threats on our employees or students, nor do we condone cyber-bullying.

The district will expand its efforts to hold joint activities which promote tolerance and unity. Veterans Day should be a day for patriotism and honoring service, not yet another politically divisive controversy. We call on the school community to come together as Roblans and Bearcats. 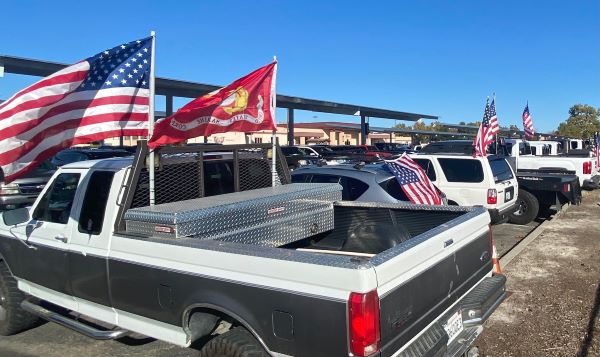