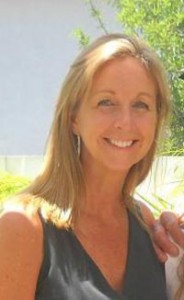 Barckley has been an employee at Templeton Unified School District for 20 years where she is currently the student database coordinator at the district office. Barckley has extensive experience in the student information system (PowerSchool) and has expertise in all facets of state testing and reporting, according to the district. She is also part of the PowerSchool State Focus Group where she is often asked to test new functionality, and give her input on upcoming state reporting changes. Additionally, she often creates or streamlines a district procedure or process and is the go-to for many district personnel in terms of all information systems in TUSD.

Barckley graduated from Marina High School in Huntington Beach, California then attended a local community college. She has been fortunate to have attended several conferences throughout her career, but most of Barckley’s expertise has come from her knack for problem solving and her ability to work well with others inside and outside of the district.

Among other achievements, Barckley was selected to attend the Advanced Learning Summit for PowerSchool, and has been honored with Data Management Recognition from CSIS/FCMAT. Barckley has been married to her husband Steve for almost 28 years. Together they’ve raised one child, Kristina.