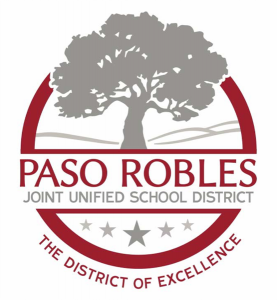 The following employees’ positions were recently approved by the Board of Trustees of the Paso Robles Joint Unified School District:

Barbara Baldwin Almquist, Occupational Therapist
Barbara Baldwin Almquist graduated with a BS in Occupational Therapy from the University of Puget Sound in Tacoma, Washington. She has been working in schools with special needs students for the past 40 years. Experience includes working in San Diego at a school for Autistic children, in Sydney, Australia for students diagnosed with Cerebral Palsy, and for the past 30 years in Marin County where she worked for multiple districts as well as the Marin County Office of Education. In June 2015, Almquist relocated to this area becoming familiar with the Central Coast while her daughter attended Cal Poly. She looks forward to becoming a collaborative member of Paso Robles JUSD Special Education Team.

Grant East was a Bearcat, graduating Paso Robles High in 2008. He then went on to California Lutheran University where he studied and researched sport’s psychology and received a Bachelor of Art in Psychology. He is currently obtaining his credential in Physical Education through Brandman University. East has worked as a swim and water polo coach for Paso High and is currently the Head Girl’s Water Polo Coach. In his spare time he enjoys swimming, water polo, and surfing.

Jennifer Jones, School Psychologist
Jennifer Jones earned her Education Specialist degree in School Psychology from California State
University, Long Beach and her Bachelor of Arts in Psychology from the University of the Pacific. She
worked at Del Dios Academy of Arts and Sciences within the Escondido Union School District in San
Diego County for two years before relocating to Paso Robles with her family. Jones was born in
Baltimore, Maryland with a love of Old Bay Spices and steamed blue crabs. She moved to Southern
California as a child and spent most of her free time listening to country music, eating In-N-Out at the beach, and visiting Paso Robles wineries with her family.