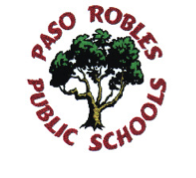 Paso Robles Public Schools will be holding its annual Kindergarten Round-up registration drive from 8 a.m. until 4 p.m. March 3-7, 2014, at the district office, located at 800 Niblick Road in Paso Robles.

Parents may pick up registration packages starting on Monday, February 24, 2014, during the hours of 8 a.m. to 4 p.m.

To be eligible for kindergarten, a child must be 5 years old on or before September 1, 2014. When registering a child, parents need to bring proof of child’s age and legal name such as county birth certificate, baptismal certificate, or passport. Written evidence of immunizations is required as well as parent identification and a utility bill to verify family address.

If there are any questions regarding kindergarten registration, parents should call Paso Robles Public Schools District Office at (805) 769-1000.