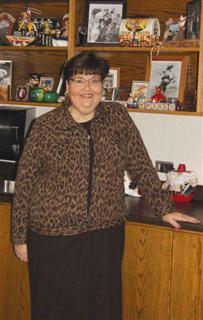 The Paso Robles Public School District Board of Trustees is asking for the public’s input on the upcoming search for a new district superintendent. To facilitate this process, the board will be hosting a town hall meeting on Tuesday, May 6, 2014, from 6-8 p.m. at the Flamson Middle School.

This meeting will not only offer an opportunity for the general public to talk to the board regarding the traits and qualifications they would like to see in the next superintendent, but will also offer the ability to gather further information as the board begins deliberations on this very important process. Refreshments will be provided.

Current Superintendent Kathleen McNamara announced her retirement in March. Her retirement will be effective June 30, 2014. The board accepted her unexpected request with regret and respect, and praised McNamara for her leadership of the District during a difficult time, according to a press release from the district. McNamara has been the Superintendent for Paso Robles Public Schools for the last seven years, after serving as superintendent at Banning Unified School District.