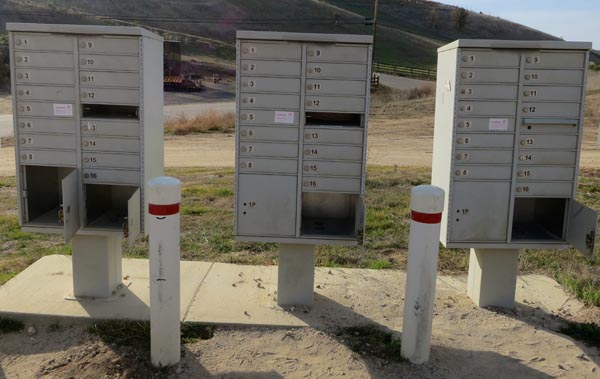 Becky Alberter, who lives in rural Paso Robles near Tobin James Winery, said that her mailbox was broken into about two weeks ago. She said that a neighbor’s had also been broken into within the last few days. Their mailboxes are located on the corner of Union Road and Compere Way.

“We have encountered a disturbing problem of vandalism of our locked mail box units,” said Claudia Aurand, another rural resident whose mailbox was broken into. “I believe there have been several other rural areas effected. The sheriff’s office has been contacted and they are investigating this subject. People should be aware of any suspicious behavior. This is a federal offense.” 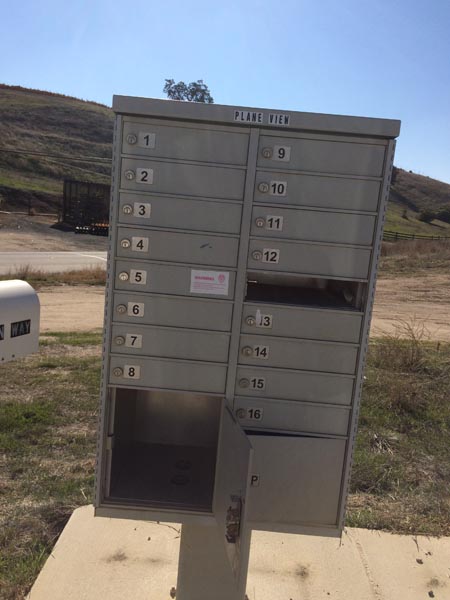 “We are conducting investigations in those cases that have investigative leads,” said San Luis Obispo County Sheriff’s Office Public Informations Officer Tony Cipolla. “We have notified the postal inspector and they are taking action to repair the damaged community mailboxes. We have spoken to potential victims in an effort to identify any suspicious activity, persons, and vehicles.”

Cipolla said that is difficult to determine how many cases there are because often times the theft goes unnoticed or unreported, but was able to identify four instances of vandalism going back about one month:

“Because of the vast number of mailboxes throughout the county, often in unsecured and isolated locations, it is difficult for law enforcement to catch the perpetrator in the act,” said Cipolla. “We rely on the public to call us when they observe suspicious activity. Sometimes these cases are solved when evidence is found during the course of an unrelated investigation.”